Lu Ban is located on the Cains Brewery site and the newly-opened restaurant and international culinary training centre will train 100 chefs a year. Tony McDonough reports

Liverpool has seen many new restaurants open in the past decade but Lu Ban, in the city’s Baltic District, is the first to include a cooking school that will train 100 chefs every year.

Lu Ban is located on the Cains Brewery site and the newly-opened restaurant and international training centre are the result of a £2m collaboration between the Tianjin Food Group (TFG), Tianjin School of Commerce and the British Lu Ban Workshop.

TFG is a a state owned Chinese company which provides 80% of the food produced, bought and eaten in the region of Tianjin, which has a population 18m people. The venture aims to offer Liverpool diners a taste of authentic Chinese cuisine.

But it is also creating an internationally renowned centre of excellence, which will train over 100 chefs inbound from mainland China, and the rest of the world, each year. This training will be accredited and will appear on the qualification credit framework and will focus on Chinese culinary arts following UK food, health, hygiene standards and support English speakers of other languages (ESOL).

TFG is supporting the project by providing international expertise and access to funding. It has chosen the Baltic venue due to its similarities with the architecture of Tianjin. It is being supported by Mayor of Liverpool Joe Anderson and Deputy Mayor Gary Millar.

This is TFG’s first step into the UK market and if successful will open the gateway to other projects including a £15m food manufacturing plant based in the UK, with the Liverpool city region on the list of potential locations. 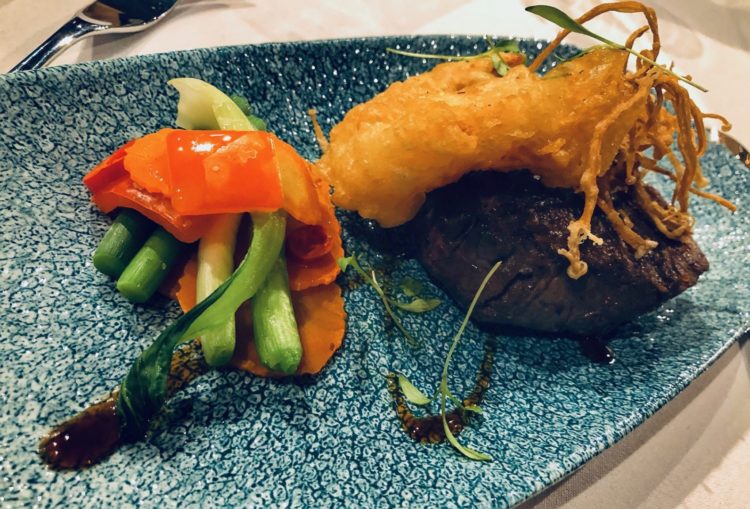 Dignitaries from across the city region gathered at Lu Ban for the official launch of the venture.

Addressing the guests, Cllr Millar said: “We are so honoured that the Lu Ban team have chosen Liverpool to be the site of their first restaurant and cooking centre. There are such strong similarities between the two cities and I am sure that the people of Liverpool will welcome this new addition to the city’s vibrant food scene wholeheartedly.”

David Hughes, Lu Ban’s commercial director, has over 20 years’ experience in the hospitality industry and said this was the “most exciting project he has been involved with”.

He added: “The need for new chefs and young people coming into the hospitality industry is one of the biggest challenges we face and this has the potential to bridge that gap and boost the local job market.”

Working alongside their culinary partners in Tianjin, the team has created a range of accredited courses and cookery experiences suitable for every level of cook – from beginner to master chef. This is the first venue of its kind outside of China and is the only venue accredited to award the Chinese Master Chef status.

Ships on the Mersey and high and low tides on Sunday, November 24

Ships on the Mersey and high and low tides on Monday, November 25