The heart of Liverpool’s LGBT quarter is undergoing a radical makeover, influenced by the Wizard of Oz. 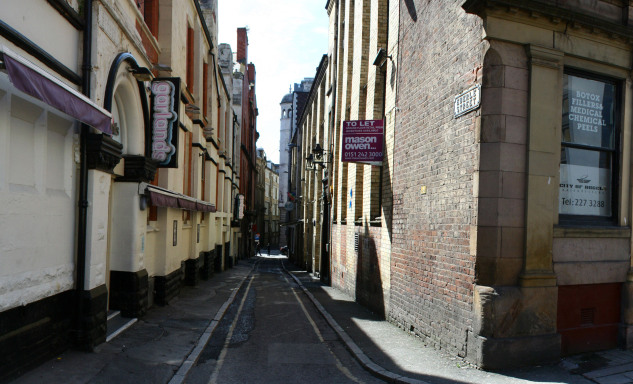 Eberle Street is getting a unique paving and lighting scheme which pays homage to the Yellow Brick Road and the mythical Land of Oz, via it’s connection with Garlands Nightclub and Judy Garland.

The works jointly funded by Liverpool BID Company and Liverpool City Council, represent the biggest investment in the City’s ‘Stanley Street Quarter’ for a decade and aim to be complete for the annual Pride celebrations in late July.

The innovative scheme celebrates Liverpool’s LGBT community and heritage, and is inspired by the diverse range of entertainment venues in the area such as the Artist Club, Garlands, Passion and GBar.

The design is a creative collaboration with Amey Consulting and Liverpool based award winning designers BCA Landscape and the works will be carried out by Amey LG and local contractor King Construction.

The Eberle Street scheme is part of a £1.6m programme improving the north-south pedestrian connections from the Commercial District to the retail core in the city centre.

Improvements to footways and lighting on nearby North John Street are nearling completion and further pavements works are planned for Hackins Hey and Tempest Hey.

“We’ve been delighted with the improvements made so far in the Commercial District and the feedback from the business community and the public has been overwhelmingly positive.’’

Hotly anticipated Santa Maluco to open its doors this Friday