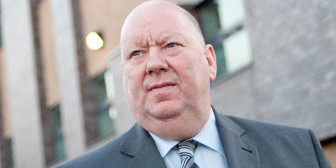 “I am profoundly disappointed that despite a great deal of rhetoric about a Northern Powerhouse, this announcement offers no new connectivity or capacity to Liverpool. We are once again being by-passed by an investment that will fail to realise its supposed purpose.”

“Far from a One North Agenda the Government and HS2 Ltd and Government are putting forward a Two North solution which is excluding many of our northern cities and communities from the promise of greater economic prosperity.”

Mayor Anderson strongly supports the HS3 idea, but is adamant that it must go beyond the Manchester / Leeds connection proposed today:

“Liverpool has to be an integral part of any meaningful HS3 project. We are the UK’s western trading gateway, and as David Higgins recognises, the transformational impact of our investment in the Liverpool 2 port expansion on the North’s freight-handling can only be achieved through additional rail capacity. A high speed line to Liverpool would give us that capacity, connect us to HS2 and be the logical first phase for HS3.”

“We built the world’s first inter-city railway to Manchester nearly 200 years ago, and that link remains the obvious logical starting point for the creation of a Northern Powerhouse – two neighbouring cities, with close economic links, strong passenger demand and with the critical mass and global connectivity to rival London. I am absolutely determined over the coming months to make and develop Liverpool’s case. This is a vital cause and an argument that we must win.”