Plans for a new cruise terminal in Liverpool are set to move to the next stage. 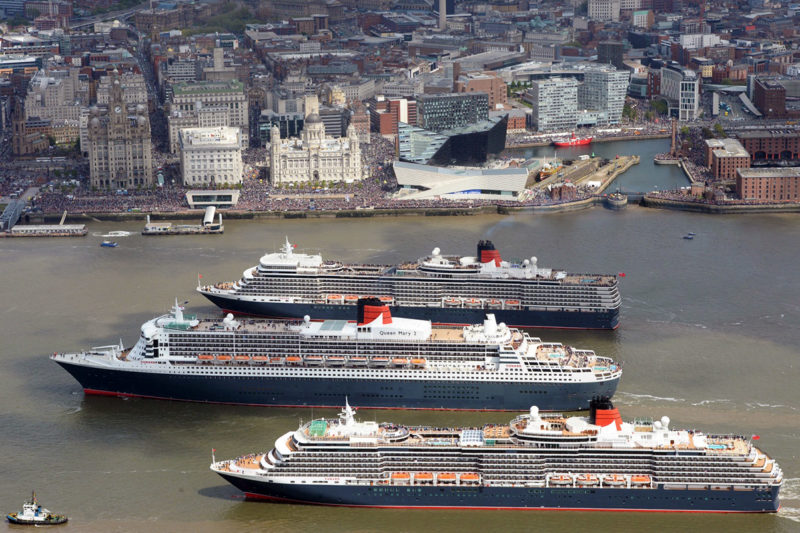 A report to the Cabinet on Friday 19 August is asking for approval for further investigations, impact assessments and surveys, and to start the procurement process for a technical team to advise the council.

It could see the creation of a larger terminal able to handle turnaround cruises with up to 3,600 passengers at the former Princes Jetty at Princes Parade in Liverpool Waters.

At this stage it is envisaged that a two storey building would be built on reclaimed land on the River Mersey as well as the construction of a new quay wall and changes on Princes Parade to allow coaches to drop off and pick up passengers.

The new facility, if completed, would include a new passenger and baggage terminal, passport control, lounge, café, toilets, taxi rank, vehicle pick up point and a car park.

It follows a doubling in the number of vessels visiting Liverpool since it became a turnaround facility in 2012 – up from 31 to 61.

Passenger numbers are up from 38,656 four years ago to almost 78,000 this year plus 34,000 crew – generating an estimated £6.5 million for the local economy through spending while on shore.

“I am determined that we find solutions to continue the huge growth in cruise liners that we have seen over the last few years.

“We know there is a lot of interest from cruise companies in coming to Liverpool but what is holding us back at the moment is the limited space we have in the existing facility.

“To deliver on our ambitions, we would need to invest in a new terminal building which will bring bigger liners carrying more passengers, meaning a bigger boost for the local economy.

“We have various options of funding the scheme which we will be exploring, but the figures speak for itself in terms of the jobs that are supported and created by passengers and crew spending money while they are in the city.”

Liverpool City Council is working closely with Peel, which owns the Princes Jetty and Princes Parade, on the project.

“The growth of the cruise liner industry in Liverpool has been nothing short of phenomenal and Peel has long been a supporter of the city’s ambitions. We gifted the site of the current facility in 2011 and we are delighted that it has proved to be such a success in a very short space of time and we are happy to continue to work with the Mayor and his team on these exciting plans.”

Liverpool was named the UK’s best port of call for two years running in 2013 and 2014 and scooped Destination of the Year by Seatrade Global in September 2015.

Earlier this year, Disney Cruise Line came to Britain for the first time and Liverpool was one of just two English destinations they sailed in to.

“This is a city with an unrivalled maritime heritage and there is always a buzz when a liner is in port or we hold events such as the Three Queens and International Mersey River Festival.

“Our award winning cruise liner terminal gives passengers and crew a fantastic welcome and a larger, permanent facility would enable us to give them an even better experience.”

The Cabinet will be asked to commit up to £950,000 on the next stage of the project.