A Grade II listed Warrington pub is set to be transformed thanks to the help of local architecture and interior design firm DV8 Designs. 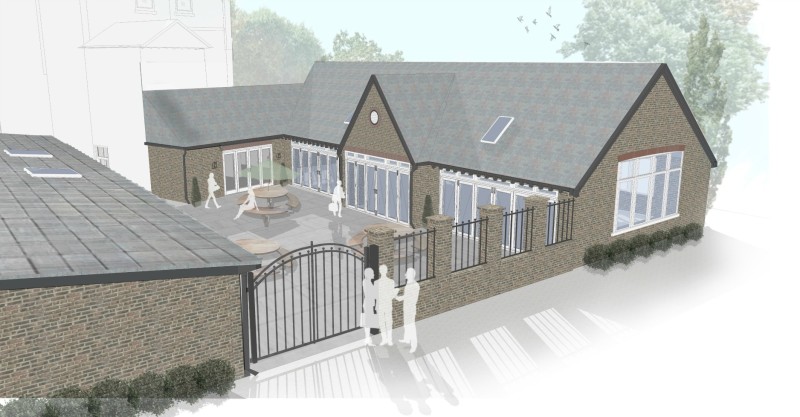 Following negotiations with Warrington Council, the King’s Head pub will see its existing conservatory, which is not currently in line with planning permission regulations, replaced with a new brick alternative.

Located on Winwick Street, the pub’s conservatory has seen much deliberation between locals and the council to save the building extension following a recent campaign.

“The popular King’s Head pub had built a conservatory that unfortunately didn’t fit with its local council’s building regulations. The council consequently originally ordered for the building addition to be removed, but local punters who affectionately referred to the conservatory as ‘The Shed’ began a ‘Save Our Shed’ petition.

“After deliberation between the parties to allow a solution to be met, Warrington Council agreed planning permission, and this is where DV8 Designs has stepped in to help. As a Warrington local, I’m proud to help come to an agreement regarding the matter and work alongside the King’s Head to create a new brick extension to be enjoyed by guests for many years to come.”

The project will see the removal of the existing uPVC conservatory and demolition of a boundary wall to make way for a new brick extension. Work is set to begin in summer of this year.

“Although DV8 Designs has recently completed work across the UK, there’s always something special about returning to my home town of Warrington and it’s especially rewarding to resolve a matter close to the hearts of so many.”

“I would like to thank Lee and his team for the hard work that they have put into making the new extension possible, which will now not only cater for our supportive customers, but also a conference centre and function room to meet the changing needs of the Stadium Quarter in Warrington.

“With our location directly facing Central Station, the main railway station between Manchester and Liverpool, Lee has designed a structure that will help us to become Warrington’s jewel in the crown.”