A new evaluation of the International Festival for Business 2014 due to be published later this autumn is set to reveal that companies secured £250 million of investment as a direct result of the event. 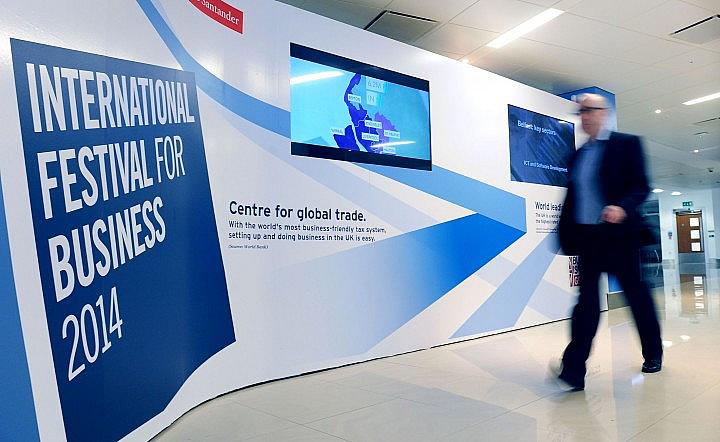 The impact study is also expected to reveal significantly upgraded estimates on export sales secured through the festival.

The figures were revealed by IFB Chairman Max Steinberg CBE to an audience of 200 stakeholders from a wide range of Liverpool organisations at an event to reveal further details of plans for next year’s festival, IFB2016.

Mr Steinberg said that more than 50% of the companies estimated to have benefited from IFB2014 were from the North West of England.

“This reassessment of the impact of IFB2014 sends a very clear message about the tangible benefits which companies can expect if they attend and engage with IFB2016.

“It is an opportunity to meet a global business network, to seek new customers and partners, and to exchange ideas and inspiration.”

The second International Festival for Business takes place in Liverpool in June next year, when thousands of businesses are expected to gather for three weeks of networking and deal-making.

Some 200 representatives from a wide range of Liverpool City Region organisations were given an overview of plans for IFB2016 at an event at ACC Liverpool by festival Creative Director Jude Kelly CBE. 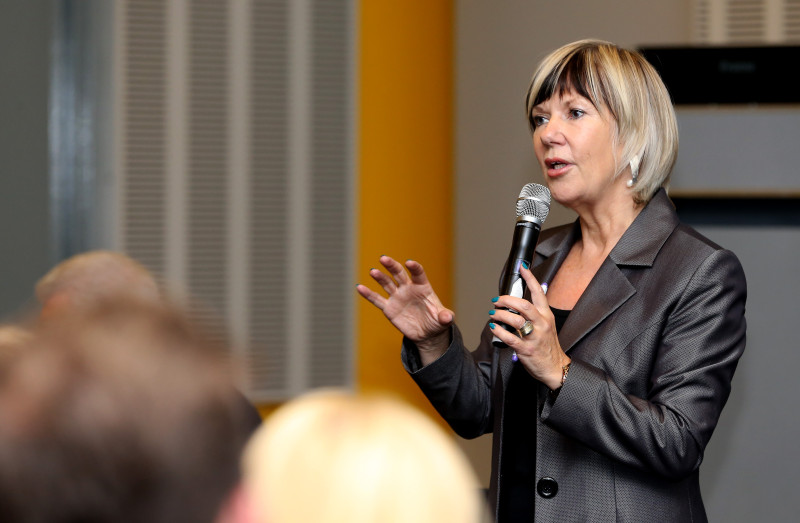 A panel discussion also took place and members of the audience were invited to offer their ideas on how IFB2016 could be enhanced.

“The business landscape of this city is made up of an amazing mosaic of enterprises and people, an energetic fabric which is woven throughout the city.

“Liverpool is a place of absolute ambition and is blessed with wit and enterprise so we want to create a festival which matches that culture and a festival where people encounter the unexpected.”

“The backing of Government is of major importance, not just in terms of financial investment but in terms of political will. Both the Chancellor and Prime Minister are proactive and enthusiastic supporters and that is an important message as we continue to attract delegates from all over the world.

“Liverpool shaped IFB and seized the opportunity to create something in 2014 which gave us the confidence to build an even better festival in 2016.”

Supported by UKTI and the GREAT campaign, IFB 2016 is a global marketplace for creating connections and doing deals launching on 13 June 2016 at the state-of-the-art Exhibition Centre Liverpool. It brings together thousands of businesses from around the world for three weeks of events to explore new export opportunities, networking and deal-making.

There will be about 70 notable events during IFB 2016. This includes World Broadband Alliance’s Wi-Fi Global Congress 2016 – the world’s leading wi-fi event; the much respected ACCELERATE event, which provides a unique accelerator for growth, motivation and an opportunity to connect businesses; TedX comes to IFB with speakers exploring what’s in store for the future of technology, science, design, entertainment, media and entrepreneurship and how that will help fuel changes in looking at the world, industry and business.

Joining IFB’s Business Club is the delegates’ free ticket into the festival and also provides access to incredible benefits during the run-up to the festival. This includes a raft of essential business support services, which will be launched in the very near future.

S-park-ling shows in Liverpool this Thursday!