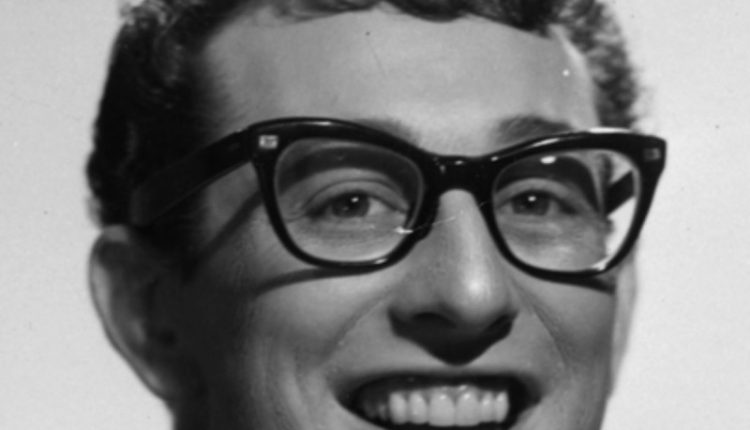 Oh boy! Buddy Holly and the Cricketers to bring their breathtaking show to the Epstein theatre

If it’s raining in your heart, then a night of rock n’ roll with Buddy Holly & The Cricketers is sure to make you feel chirpy again! 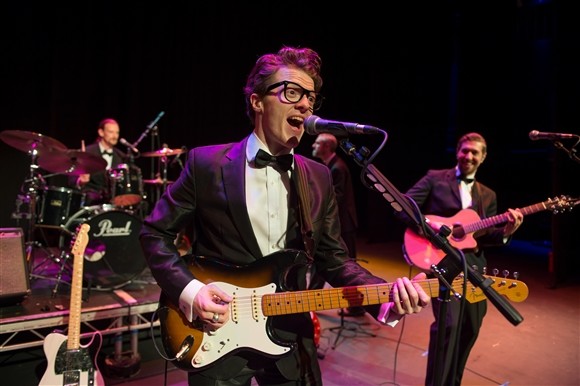 Coming to the Epstein Theatre on Saturday, 7th May 2016, this breathtaking show has been Rock ’n’ Rolling The World and is guaranteed to have everyone singing along to the music and dancing in the aisles.

The longest-running and greatest Buddy Holly show on earth, Buddy Holly & The Cricketers has rock ’n’ rolled audiences for 24 years across the globe from Cardiff to California and Barking to Bangkok.

Presented by Simon Fielder, this is not a tribute act, but a wonderful mix of music with improvised and scripted comedy hosted by some of the finest actor-musicians in the business whose combined West End credits include Buddy, Lennon, Forbidden Planet and Jailhouse Rock.

This fast and furious rock n’ rollercoaster was endorsed as Britain’s most popular Buddy Holly act when the boys guested on BBC One’s Saturday night live programme, The One and Only, hosted by Graham Norton.

The ultimate family show, it is guaranteed to have everyone singing along to the music and roaring for more timeless rock n’’ roll hits like That’ll Be the Day, Peggy Sue, Heartbeat, It Doesn’t Matter Anymore, Raining in My Heart, Oh Boy! and much, much more.

Whatever the season, whatever the excuse to party, make your Heartbeat a little faster with the show that has thousands of fans the world over saying: “I can’t believe it’s not Buddy!”

“We’re Buddy excited to welcome this show to the Epstein Theatre. We know our audience loves a good night of rock n’ roll and will definitely be up on their feet dancing and singing to all the classic hits…”

Sun shines success on runners for Vitality Liverpool half marathon