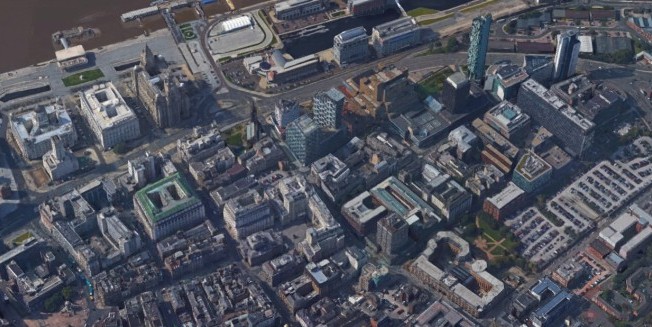 Liverpool is to create one of the UK’s first city centre Neighbourhood Plans, which will allow residents and businesses a greater say on future developments.

Under new legislation, the Liverpool BID Company has obtained funding to establish a neighbourhood forum that will lead to the creation of a plan, which would revolutionise planning in the city centre.

Two meetings will be held next week to kick-start the process and are listed here.

Neighbourhood Plans are a means of passing policy-making powers from the local authority to local businesses and residents, with Liverpool city centre’s forum set to cover an area from Lime Street to The Strand.

They can consider a wide range of social, economic and environmental issues arising from the use and development of land. The plans can also deal with issues like economic development, residential development, employment, and urban design.

“Liverpool city centre is constantly evolving but not always to everyone’s desires, underpinned by a planning process that makes many feel like silent observers.

‘’This Neighbourhood Plan is about giving those who invest their lives and livelihoods in the city centre a unique platform to develop a shared vision that will genuinely shape the future of where they live and work.

‘’The tools are there to create a positive framework for future development that would carry real weight in the planning process.

‘’This plan has huge potential and such is the passion in Liverpool we’ve already had a great amount of interest. I look forward to hearing from as many different parties at the city centre forum meetings next week.’’

To prepare a Neighbourhood Plan, Liverpool city centre’s forum must comprise of at least 21 people that live, work or are elected members in the area.

Liverpool BID Company will be hosting the meeting for city centre businesses and residents.  If a city centre neighbourhood forum is created, this would lead to the preparation of the plan. Liverpool’s Neighbourhood Plan would then have to meet ‘basic conditions’ tested through an independent examination.

These are concerned with how the plan delivers sustainable development and how it addresses national policy, strategic local policy and EU obligations. If a plan is found to meet the basic conditions, then it is subject to a referendum.

A majority ‘yes’ vote will result in the plan being brought into force by the local authority.