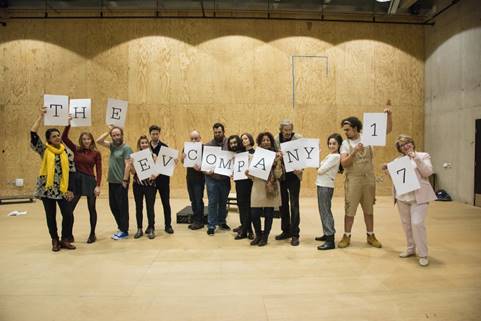 Everyman Theatre’s resident Rep Company is in the middle of its four week run, presenting all five of its inaugural season of shows. 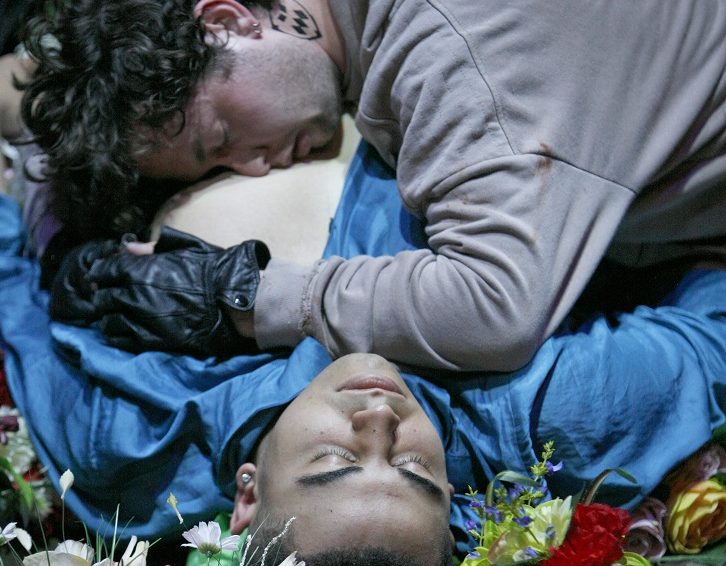 The Rep Season, which has been running from early June, will conclude on July 1.

There will be 12 performances of classic musical Fiddler on the Roof, along with showings of The Conquest of the South Pole, The Story Giant and recent re-runs of The Sum and Shakespeare’s classic tragedy Romeo and Juliet.

The return of the Rep Company has been a pioneering model for regional theatre in 2017 and the new schedule of plays is the last chance to see them in action.

Tickets are priced from £15 to £30 and subscription tickets are still available, whereby discount is available for the more shows booked.

YBnews was lucky enough to attend the opening night of Romeo & Juliet. Here’s what managing director, Jennie Lewis, had to say:

The team at Everyman Rep Company do not disappoint when it comes to re-imagining the works of classic playwrights and their version of this story of star crossed lovers certainly challenges what many of us may remember from our A-level English days.

The original text, clipped in parts and with a smattering of slang, was brought bang up to date – and much of what was, for some, lost in translation before brought poignantly to the fore.

George Caple’s portrayal of a pot-smoking, parka-clad Romeo was appropriately brooding, visceral and very believable – even if he did come across less lovelorn and more, well, highly-sexed.

His Juliet – or Julius (aha, the grand expose) played by Elliot Kingsley seemed rather more shoehorned in. It came across he was cast for a concept, rather than cast for a role and for me, unfortunately, the two failed to bring their love – or lust – to life.

Not a bad actor by halves, young Kinglsey, and very likeable. Just the wrong role, in my opinion, and it left me feeling a little flat.

Richard Bremmer’s Friar Lawrence, on the other hand, brought light and shade. A warm, rich and comedic performance in parts, but with all the misgiving and melancholy of a man at the centre of unfolding tragedy – and each line delivered with all the eloquence and expression we’ve come to expect from this seasoned actor.

The stars of the show though, perhaps, Melanie La Barrie as The Nurse and Dean Nolan as Mercutio.

Indeed, the character Mercutio is arguably one of Shakespeare’s best loved – how can anybody go wrong in a role so beloved by so many?

Ah but very few stage actors have a presence quite like Nolan. He is big in stature and booming of voice, with confidence, charisma and much empathy with the language.

Audiences have, over the years, seen many incarnations of Mercutio, but a kilted Nolan cuts an altogether different figure. Mischief-maker, rabble-rouser and beer-swuggler, yes, but moreover fiercely loyal to his kinsman Romeo – and the affection between the two on stage is palpable.

Save the best for last, as they say, and for me Melanie La Barrie embodied everything that was transformational about this adaptation of the play.

Her portrayal of a West-Indian Nurse was phenomenal. She was nurturing and compassionate and you could almost feel a maternal connection as she bathed a bare-chested Julius.

La Barrie brought all the pomposity and piousness of the character, but with warmth, wit and bodacity. What’s more, her performance of traditional West Indian song made for some of the shows most powerful and stirring scenes.

The play is fast-paced, punchy and for the most part impassioned. The fight scenes are sensational, carefully choreographed leaving those in the front row but a hairs breadth from the action – movement director Kev McCurdy is to be commended.

The music composition too was very good, The Buzzcocks ‘Ever Fallen In Love’ providing a ghostly narrative from beginning to tragic end.

All in all, whilst the show arguably misses the mark in creating a transgressive love story, director Nick Bagnall has succeeded in designing a piece of theatre that addresses modern-day societal issues and challenges perceptions on ethnicity, culture, faith and sexuality – a brave and timely move.