Global pop superstar Robbie Williams has welcomed students to a new £15m media, music and performing arts academy in Liverpool set up by a company he co-owns.

A former member of pop group Take That and later a hugely successful solo artist, Robbie   is a co-owner of Liverpool-based LMA, which has launched two new campuses in Liverpool and London.

LMA, which already operates two Liverpool campuses – in Hope Street and Duke Street – has based its new facility in upmarket shopping mall, Metquarter, in the heart of the city’s retail district, creating around 100 new jobs.

Robbie hosted an online invite-only masterclass with more than 800 students, offering his words of wisdom and advice for succeeding in their chosen industry. Students studying musical theatre; dance; acting; film & TV production; games design; and musical performance, all logged on to the virtual session.

Speaking directly to students, he said: “Every one of you needs to know we are lions and we are braver than any fear. Fear thinks that it’s bigger than you but, you need to show you’re not scared of it every time and that you’re bigger and stronger than any fear can ever be.

“Think bigger than you ever have and then think bigger again. Without fear, you have no boundaries. Remember, this is your passion. It’s not something that you chose, it chose you, so you have to battle through the adversity and be prepared to work for it.” 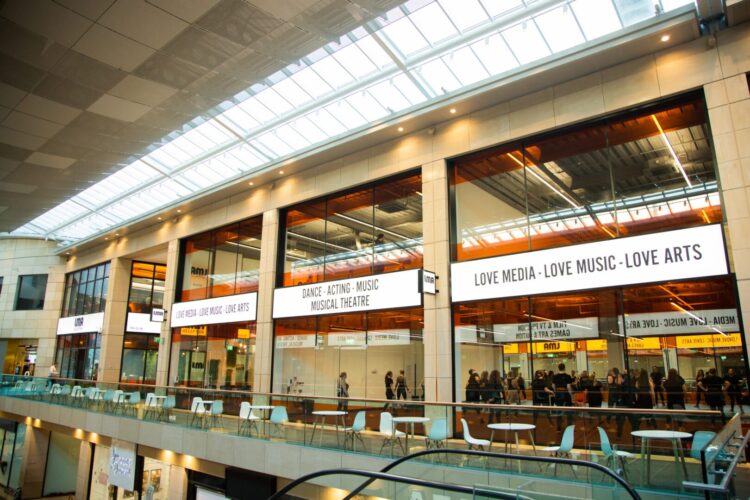 And, during the session, Robbie also picked up ideas from the students, with one asking whether he ever wrote a song with the visuals in mind first. The star replied: “It’s never something I’ve done, but maybe that’s an idea and I could think about the what the video would look like when writing.”

Located at Here East on Queen Elizabeth Olympic Park, LMA’s 35,000 sq ft London campus is its first site outside of its home city of Liverpool. It offers degree courses across 14 subjects, including music; musical theatre; dance; acting; and film and TV production.

Robbie added: “The Metquarter site looks amazing and I can’t wait to be able to get up there to have a proper look and meet the students in person. LMA is a perfect space and environment for creatives to study and prepare themselves for careers in their chosen industry.”

Alex Hyams, asset and leasing manager for Metquarter owner Queensberry, said: “We are continuously working across the country on opportunities to improve the vitality of the spaces we look after and this is a great example of repurposing traditional retail space to create a sustainable and dynamic blend of uses suitable for the long term.”

Ships on the Mersey and high and low tides on Wednesday, December 2

‘We need a route map to recovery from COVID-19’

Netherlands can be an ‘EU gateway’ for Merseyside firms

‘We need a route map to recovery from COVID-19’