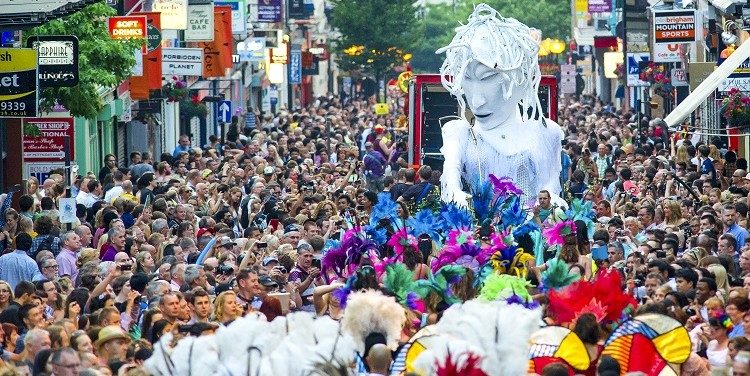 Save the date: Brazilica is back!

Liverpool Carnival Company are delighted to announce that the increasingly popular Brazilica Festival will return for 2016 for the ninth consecutive year, with this year’s dates confirmed as Friday 15th to Sunday 17th July.

Last year’s festival included a packed programme of events leading up to the main Carnival Day on the Saturday – and this year promises to be even bigger, bursting with colour and with plenty of sights, sounds and tastes of Brazil to get you into the carnival atmosphere.

Organisers have revealed that the Brazilian Film Festival will also return following its successful introduction last year and a Fringe Festival packed with exhibitions and workshops, with artists visiting from Sao Paulo. Events will take place in venues across the city from 15 July leading up to the Rio 2016 Olympics and Paralympics Games.

The spectacular night-time Carnival Parade which features Samba bands from across the UK and overseas will remain the main festival highlight, thousands of people line the route which makes its way from Abercrombie Square through the city centre streets with this year’s parade ending at a new location to be announced.

“I am continually delighted with the support we receive from the Liverpool people towards the festival, last year’s parade was one our best ever. This year is going to be just as spectacular with the city coming alive with the sound of the Brazilian beat. Music, dance and costumes create the overall atmosphere of this event and we are already in full preparation mode to ensure we have an extra special festival to coincide with the Rio Olympic Games year.”

To get involved in Brazilica Festival 2016 as a media partner, sponsor or volunteer please visit the website.

Keep up to date with all Brazilica Festival activity at www.brazilicafestival.com

There’s Scouse in the house following generous donation from Carringtons