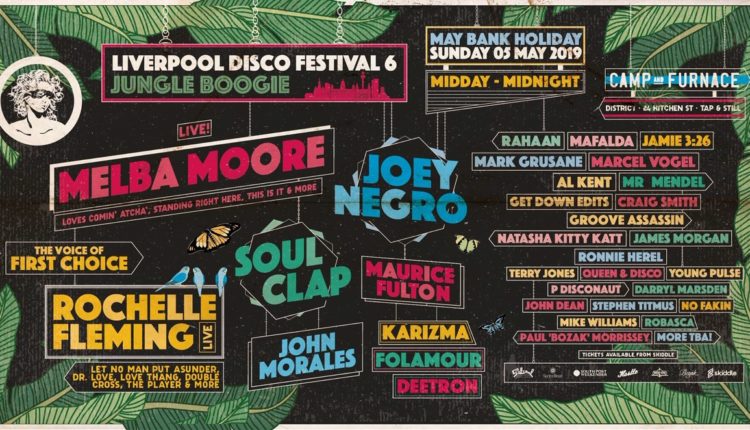 Taking place from midday to midnight on Sunday, May 5, the sixth Liverpool Disco Festival promises an immersive ‘Jungle Boogie’ experience with an outdoor ‘NYC Block Party’ 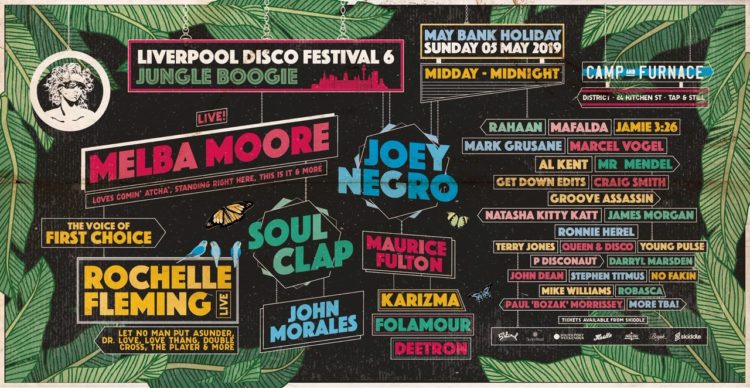 Taking place from midday to midnight on Sunday, May 5, the sixth Liverpool Disco Festival promises an immersive ‘Jungle Boogie’ experience with an outdoor ‘NYC Block Party’.

Now established as one of the key events in not only Liverpool’s but the UK’s festival circuit, the multi-venue event continues to grow after each edition, bringing together music lovers and dancers of all ages to unite under the lights and celebrate the magic of disco.

Heading up the bill are two of the biggest original disco divas. Melba Moore known for her huge hits such as Loves Comin At Cha, Standing Right Here and This Is It. Melba will be joined by First Choice’s Rochelle Fleming the voice of some of the biggest disco anthems of all time including Let No Man Put Asunder and Dr. Love.

Mixed in with some LDF favourites such as Rahaan, Jamie 3:26, Al Kent, Marcel Vogel, Mr. Mendel and new breed players such as Folamour and Mafalda. Icing on the cake comes in the form of Chicago native Mark Grusane, a real rare record diggers digger, who makes an ultra rare European appearance and his first UK visit outside of London.

Once again over the weekend there will be artist panel discussions, the Welcome To The Disco party on the Saturday and the send on party will be on the Monday.

The festival is brought to you by partners Hustle, Southport Weekender, Suncebeat and the iconic West End & Salsoul Records.

Ships on the Mersey and high and low tides on Saturday, May 4