An extraordinary talk about the Native American’s history will be take place in Liverpool’s St George’s Hall this July. 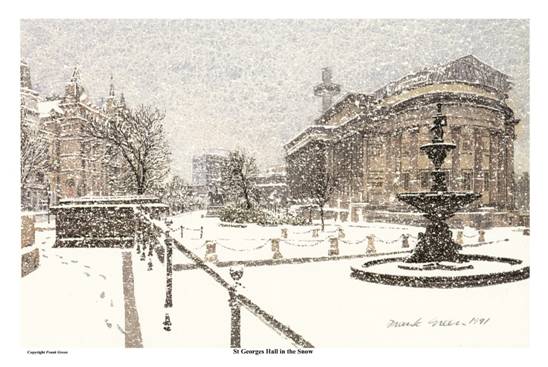 After roaring success with the play A Dream of Wilfred Owen earlier this year, David Charters returns with his talk Ghosts in the American Dream on Saturday 4 July.

The published Merseyside writer and history enthusiast will be hosting a talk on the importance of the Native Americans including the likes of renowned Native American icons Sitting Bull, Red Cloud, Chief Joseph and Geronimo.

The discussion puts stress on acknowledging the troubled history of the ‘forgotten Americans’, especially on a day as poignant as Independence Day.

Its theme is the valiant, but doomed, wars fought by Native Americans to protect their lands from aggressive, greedy and often ruthless invaders.

“These are the forgotten Americans; their story is one of the saddest in human history. I have had a life-long interest in the subject. I realised popular entertainment had distorted the history of a fine people, who had their own religions, customs and understanding of life. Most of all they loved the land. And it was their land.”

“In this talk, I will tell the true stories of some of those wars that led to the Native Americans losing all that was dear to them.”

David has been a journalist for almost 50 years, including 25 years as a columnist for the old Liverpool Daily Post. He now writes the Bard of Birkenhead column, which appears in the Wirral edition of the Liverpool Echo every Friday.

Ghosts of the American Dream will commence promptly at 2.30pm at St George’s Hall on Saturday 4 July, attendees must arrive at 2pm. Tickets can be booked by calling 0151 225 6903 or can be purchased on the door.