Developer Signature Living has unveiled striking images of the proposed conversion of Liverpool’s Cavern Walks in to a music-themed hotel.

Signature announced in November it had acquired the 150,000 sq ft building which was once a thriving upmarket retail centre but has declined in popularity since the opening of Liverpool One and the Metquarter.

Now just 10 shops remain and they include Cricket, Boudoir Boutique, Weavers Door and Vivienne Westwood. The upper floors are filled with office space which is now largely empty.

Founder of Signature Lawrence Kenwright, who has put his existing 30 James Street and Shankly Hotels up for sale, is expecting his hotel plan to go before Liverpool City Council’s planning committee later this month.

Hotel rooms will fill the upper floors of the building which will have a combined total of 1,000 beds for large scale group accommodation.

The ground floor and mezzanine levels will be transformed into an upmarket bar and restaurant with a white and gold colour scheme and memorabilia celebrating Liverpool’s rich music history. 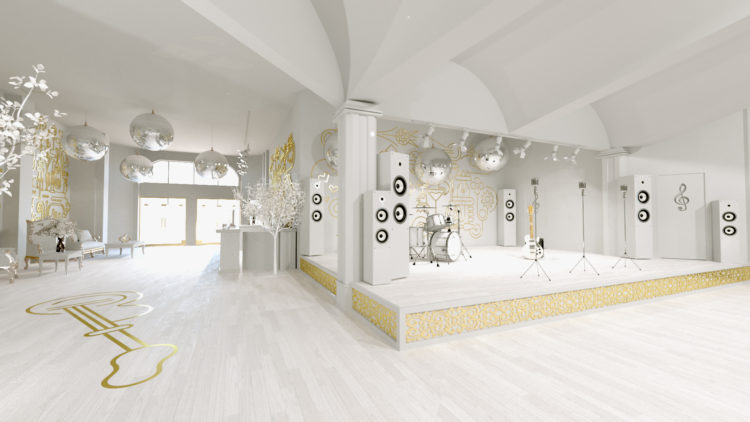 A revived stage area will include regular live music sets as Signature Living sets out to create a fresh buzz around Mathew Street, made famous by the The Beatles in the early 1960s.

The retail units attached to the building, such as the Vivienne Westwood store, will remain where they are. Work on the development will get underway once Signature Living has secured planning consent.

Mr Kenwright said: “How to make best use of Cavern Walks has been a conundrum for a very long time and the building itself has been 85% empty for seven years. We have a brilliant new plan to give the building a new lease of life as a hotel, events space and overall tourist destination.

“The hotel and restaurant will showcase Liverpool’s highly celebrated music history and will give a fresh look to the area around Mathew Street.”