More than a decade after the original 30-year plan was unveiled, Peel has had to rethink its plans due to changing market conditions and pressure from UNESCO over World Heritage Status. Tony McDonough reports

More than a decade after the original 30-year plan was unveiled, Peel has had to rethink its plans due to changing market conditions and pressure from UNESCO which claimed the original plan for multiple skyscrapers threatened Liverpool’s World Heritage Status.

Within this vision are five distinct neighbourhoods, running from the edge of the already established Princes Dock, nearly 2km north along the waterfront until it reaches Bramley Moore Dock, the proposed site for the new Everton stadium. 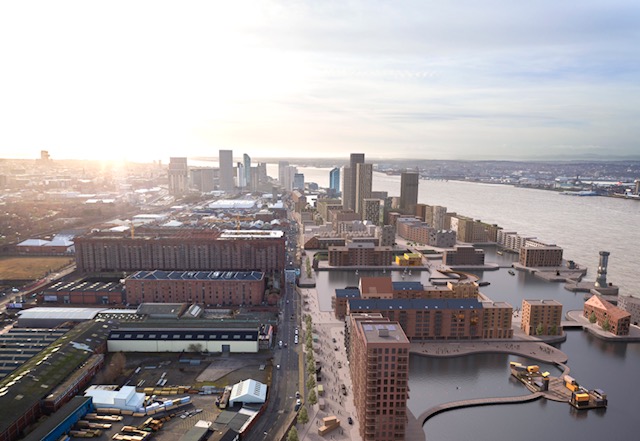 As well as aerial views of the entire project, the images also offer a glimpse of some of Central Dock’s most impressive features, including Clarence Square, Central Park and a new cultural hub.

The 185,860 sq m neighbourhood will also be home to family housing with private gardens as well as residential and office buildings that will offer views of Central Park and the River Mersey.

One of the biggest changes in the plan is the relocation of Central Park, with the intention to move it closer to the River Mersey.

Covering almost two hectares, Central Park will be one of the many jewels in Liverpool Waters’ crown and will perfectly encapsulate the distinctive mix of culture and community to be found at the Central Dock neighbourhood. 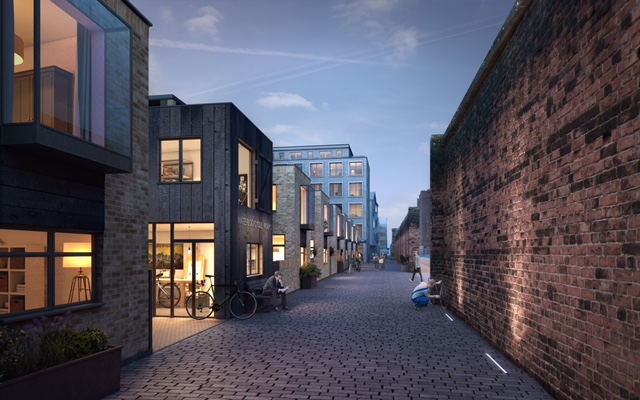 Other changes in the plan include a re-imagined Clarence Square at Central Dock, which is set to be one of the most distinctive and interesting public spaces on Liverpool’s waterfront.

he masterplan also showcases many changes to the layout of various pedestrian areas to prioritise pedestrians and cyclists and ensure that views of the River Mersey are maximised and highlighted where possible.

Darran Lawless, development director at Liverpool Waters, said: “This really is a landmark time for the Liverpool Waters project. Following a decade of meticulous planning, we are now firmly in the delivery phase of this project, and I am excited to see these plans take shape.

“The aim of the Liverpool Waters project is an ambitious one, but one that will expand the city centre as well as creating jobs and bringing economic benefits to not only North Liverpool, but the region as a whole.” 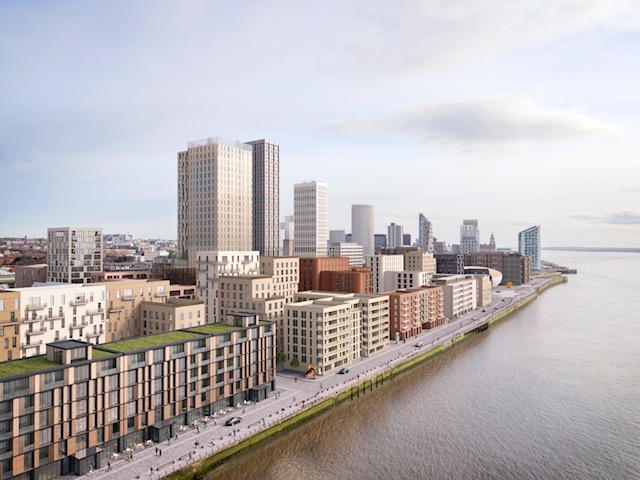 And Ian Pollitt, assistant project director at Liverpool Waters, added: “For over 10 years we have developed this project from an initial idea into the biggest single regeneration project in the history of Liverpool and one of the biggest of its kind anywhere in the world.

“It’s the comprehensive re-imagining and subsequent restoration of this derelict dockland which will reinstate the area back to its former glory.

Ships on the Mersey and high and low tides on Thursday, May 3