A Liverpool-based property developer set up just 18 months ago is celebrating the success of its first student development, with the help of overseas investment. 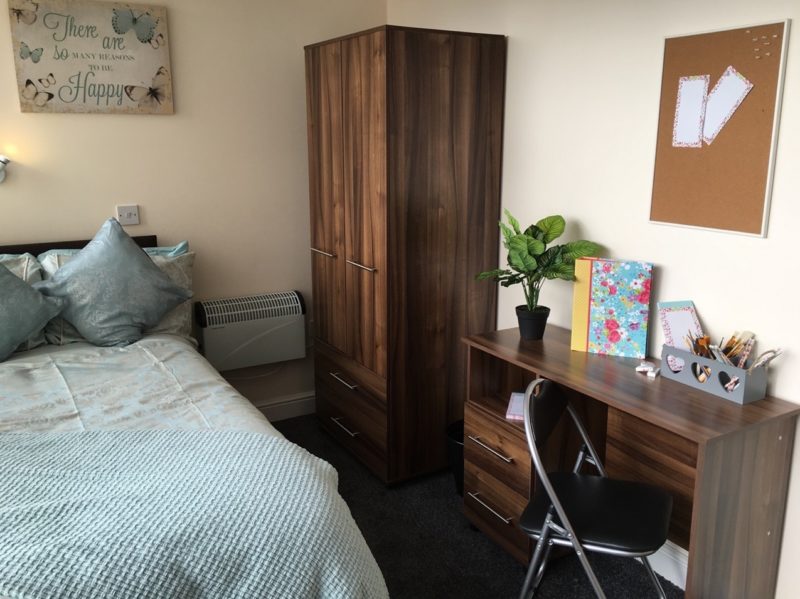 Yu Property Group (YPG) was founded by Jonathan Yu in 2014. Its other managing member Ming Yeung has been involved in the acquisition sale and development of property over the last 30 years, before joining forces to start YPG.

The Bateson Building on Henry Street in Liverpool city centre was YPG’s first student development project, having taken over the site after a scheme by a previous developer fell through. YPG began to extensively re-build the six-storey property in June 2015, creating 102 rooms with en-suites and large communal areas which include a decked courtyard and gym.

In just 18 months the building has been transformed from a half-complete building site to a thriving student accommodation, which is 98% occupied with tenants.

Managing director Jonathan Yu has received huge support from overseas buyers and institutional investors who he says are looking to invest in Liverpool’s thriving student market.

“We’ve been working hard in last 18 months to look for new development opportunities and expand our portfolio in Liverpool. The Bateson Building on Henry Street was a challenging first project as we were left with substantial part-finished building work which had to be corrected. We completely overhauled the building and transformed it into a popular residence for students.

“We’ve received a great response from overseas investors for this scheme, who have been drawn to Liverpool’s rising rental growth and capital value. We expect this interest to keep growing as more city centre developments take shape. With the accommodation now 98% occupied, we’re looking forward to focusing on our upcoming projects.”

With the success of the Bateson Building, YPG has more developments planned for the city and is currently overseeing numerous projects with a combined value of £85m. From its new head office in Liverpool’s Columbus Quay, the team are in the final stages of planning for multiple residential sites.

One of these projects is Pembroke Studios, a development of 94 new build self-contained studios located on Copperas Hill in Liverpool city centre. Located next to Liverpool University’s north campus and the Royal Liverpool University Hospital, the studios are due for completion in 2017, with work due to start on site later this month.

Other mixed-use developments YPG are working on include Kings Dock Mill, Devon House on Devon Street and studio homes on Renshaw Street.

“By focusing on a select number of sites which have massive potential to be residential stock, we’ve been able to focus on the overall quality of the projects, from the initial planning stages through to the construction. With other projects already in the pipeline, including Pembroke Studios in the city’s Knowledge Quarter and Kings Dock Mill, YPG are delighted Henry Street has been such a success and we’re excited to invest more in to the city and showcase Liverpool’s potential to domestic and overseas investors.”