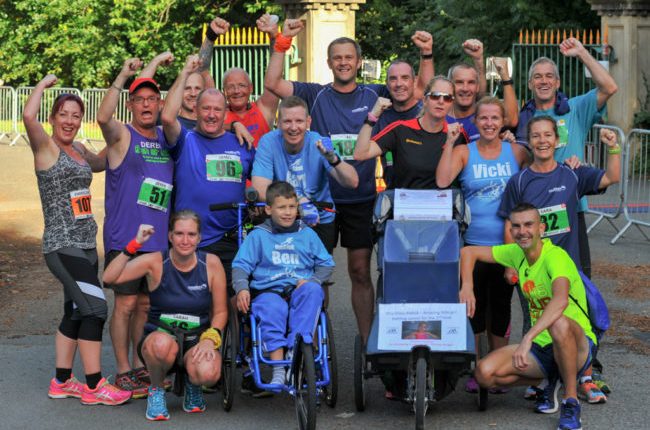 Sun shines on 2,000 runners in Wirral

More than 2,000 runners took part in a hat-trick of race events across Wirral last weekend. 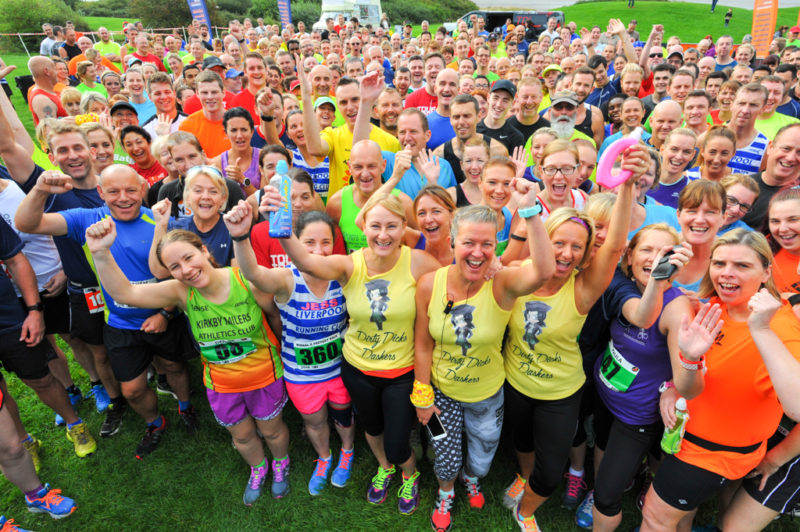 Runners from across the region descended on Wirral to take part in races organised by Hoylake-based organisers BTR in parks, on the beach and along the coastline.

Last Sunday (11 September) saw the return of the award winning BTR Wirral Half Marathon and 10K, this its fourth consecutive year.

Named as Event Of The Year 2015 at the Wirral Tourism Awards, the BTR Wirral Half Marathon and 10K started at Birkenhead Park, before a picturesque route took runners along the Wirral coastline to Fort Perch Rock, before finishing at The Dips in New Brighton. The half marathon runners continue along to Leasowe before all returning to finish at New Brighton.

The Wirral tour event consisted of a fast five-mile race at Arrowe Park on Friday evening (9 September), followed by a challenging eight miles multi-terrain race the next morning along Thurstaston beach and the Wirral Way. The third race in the series was the Wirral Half Marathon.

The BTR Wirral 10K was won for the second consecutive year by 23-year-old Dejene Gezimu from Liverpool Harriers AC in 31:09.

Dejene is from Bekoji in Ethiopia, where some of the finest distance runners in the world also originate from. He has been in Liverpool for 21 months learning English, and he is very keen to settle in the city.

Retaining first place in the BTR Wirral 10K also means that Dejene has continued his clean sweep of the top podium place in all BTR events for a full 12 months now – starting and finishing with the Wirral 10K and all BTR races between.

The fastest female in the BTR Wirral 10K was Kirsty Longley from Liverpool Pembroke Sefton Harriers, who set a new female course record in 35:32. Kirsty has now won the BTR Wirral 10K three times, having also taken the honours in 2013 and 2015 – and this year she took 46 seconds off her winning time from her first place finish in 2015.

First male home in the BTR Wirral Half Marathon was Dermot Bryers from Victoria Park Harriers & Tower Hamlets in 1:15:08, while the first female was Karen Stopforth in 1:31:05.

Mark Dunham from Southport Waterloo AC won the Whistle Stop Tour Of Wirral for the second consecutive and also set a new male event record of 2:27:39 – beating his own overall time for 2015 by 1 minute 30 seconds.

The overall female winner was Carmel Triggs with a combined time of 3:03:53. Carmel also set a new female event record by 25 minutes and 59 seconds.

A group of runners taking part in the BTR Wirral Half Marathon and Whistle Stop Tour Of Wirral also took on an extra Sundaymorning challenge by running the BTR Wirral 10K in reverse, starting at New Brighton and arriving in Birkenhead Park shortly before the day’s races began. The group included runners from the Ship Inn Striders in Hoylake, and fundraiser Gary Jones with son Ben, who he pushed during both races in a specially adapted running buggy.

“What an incredible weekend of running across Wirral with so many impressive performances across all three races. We’re extremely lucky to have such stunning scenery on our doorstep, and Wirral provides the perfect setting for a diverse range of terrains to really challenge our runners.

“From first time runners to those chasing personal best times, you can never under estimate the determination and elation of our participants, they really are an inspiration. Congratulations to each and every runner who took part this weekend, as well as the spectators and volunteers who all play a vital role with their support.”

All finishers in the weekend’s races received bespoke a commemorative medal, T-shirt and goody bag to mark their achievement.

Entries for the Whistle Stop Tour Of Wirral 2017 opened last Monday (12 September). Places are limited to 350 and a third of places have been taken already.

Next up in the BTR event calendar is the Merseyside Running Community Awards on Friday, 11 November, nominations are now open. This is followed by the BTR Liverpool Santa Dash on Sunday, 4 December. Full details can be found at www.btrliverpool.com