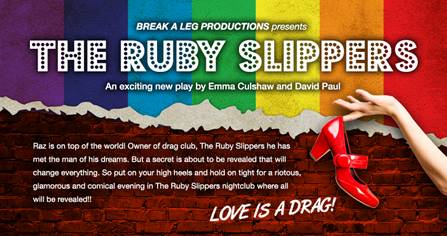 The Ruby Slippers just got bigger

Sell out LGBT play is back by popular demand with transfer to Epstein Theatre. 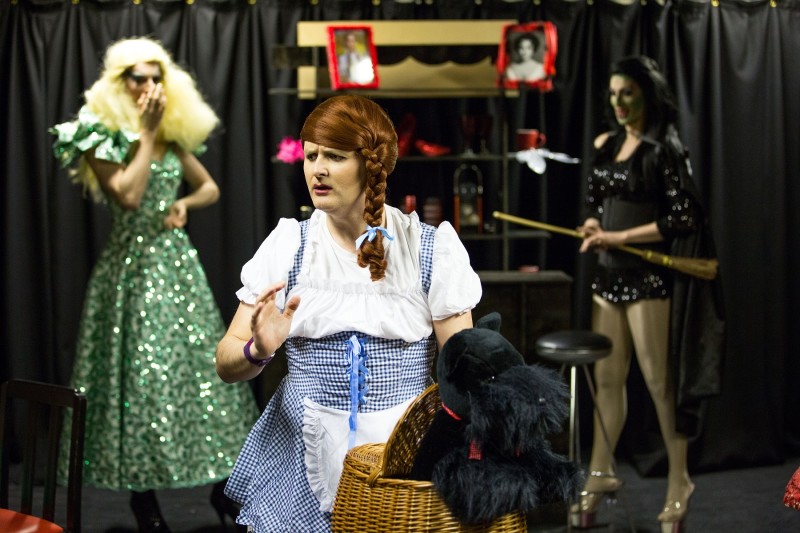 Fresh from its sell-out debut run at the Lantern Theatre last month, the exciting new play The Ruby Slippers has now transferred to the Epstein Theatre for two performances by popular demand, and tickets are on sale now.

The Ruby Slippers is a play about love, friendship, identity and prejudice within the LGBT community, taking theatregoers on a rollercoaster of emotions. The show will run at the Epstein Theatre, on Saturday 5 November 2016, with two performances at 6pm and 9pm.

Raz is on top of the world, owner of his paradise drag club, The Ruby Slippers. He has met Ryan, the man of his dreams, however all is not as it seems. Business is poor and a rival club has opened which threatens to not only steal Raz’s customers but also his star acts, Drag Queens Phoenix and Destiny.  Also Ryan has a secret that will change everything.

The two-act comedy drama comes from writers Emma Culshaw and David Paul and directed by Jackie Downey, and it explores a subject rarely seen on the theatre stage.

“When creating The Ruby Slippers our main aim was to write an honest story that showed the highs and lows of being in love when there are difficult obstacles to cross. The play also tackles transgender issues and we hope audiences enjoy what we have set out to achieve, by creating a play full of compassion, humour and outrageous one-liners but with a strong underlying message.”

The talented cast is led by James Rogerson as Raz and Jamie Paul as Ryan. They are joined by Debra Redcliffe (Helen), Emma Vaudrey (Laura), Owen Richard Farrow (Destiny) and Jordan Simms (Phoenix).

The show is created by Break A Leg Production in association with Bill Elms.

“It has been a pleasure to follow the journey of this show from the page through to the stage, and watching the audience reaction to a great piece of accessible work. I believe this show will go far, it has all the elements for a great night out of the theatre, a great script, great comedy and most of all a great storyline.  I am delighted to be a part of its growth, we now move on to the Epstein Theatre for a full scale production and have more plans further field.”