Three Queen’s from Cunard to have hotels brimming with tourists

The May Bank Holiday could soon see Liverpool city centre hotels filled to capacity, as up to one million tourists are set to flock to the city to see Cunard’s Three Queens spectacular on the River Mersey. 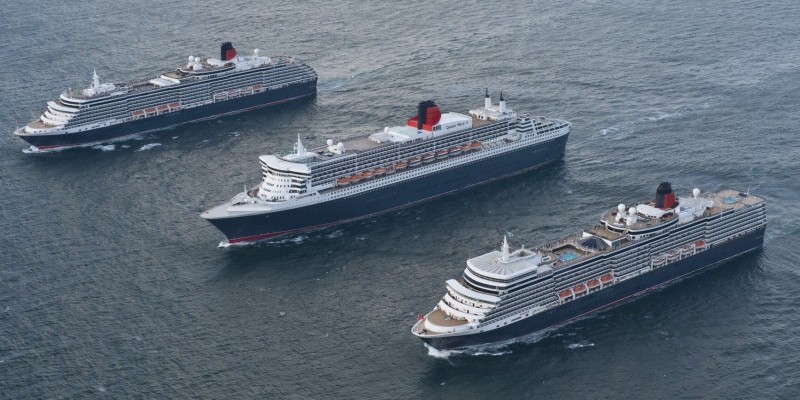 Forming the focus for a programme of events that will mark the Cunard’s 175th anniversary, the Queen Mary 2, Queen Elizabeth and Queen Victoria are all set to sail together along the iconic River Mersey. This event is predicted to draw visitors to Liverpool’s waterfront on a scale similar to 2014’s Giants event and could provide a boost of up to £20 million for city centre leisure and retail businesses.

The Crowne Plaza, the hotel closest to the Liverpool Cruise Liner Terminal at Princes Dock, expects to be booked up. General manager Stephen Roberts has reported that a guest from Australia booked his room with a view of the river nearly a year in advance:

“We expect to be fully booked for that weekend as the interest from people in the Three Queens event is staggering. If I could build more rooms, I would.”

“We’ve had an amazing start to 2015 with people from all over the world booking stays. 30 James Street has exceeded our early expectations. There has been huge international interest in the hotel.”

“It is encouraging to see events like The Three Queens in May already looking strong on many hotel books.”

General manager of the Malmaison chain and chair of Liverpool Hoteliers Association James Rush reports that 2014 was a “fantastic” year for the sector and anticipates an even bigger and better 2015:

“There is a fantastic buzz around the city. As hoteliers, we need to continue our high levels of engagement with our partners and customers.”