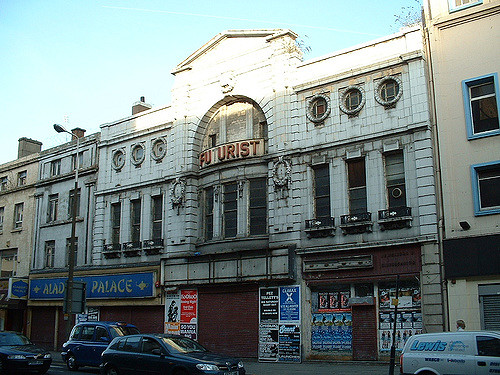 Urgent work is to be carried out to make the derelict former Futurist Cinema in Liverpool safe – after an inspection showed it is in danger of collapse. 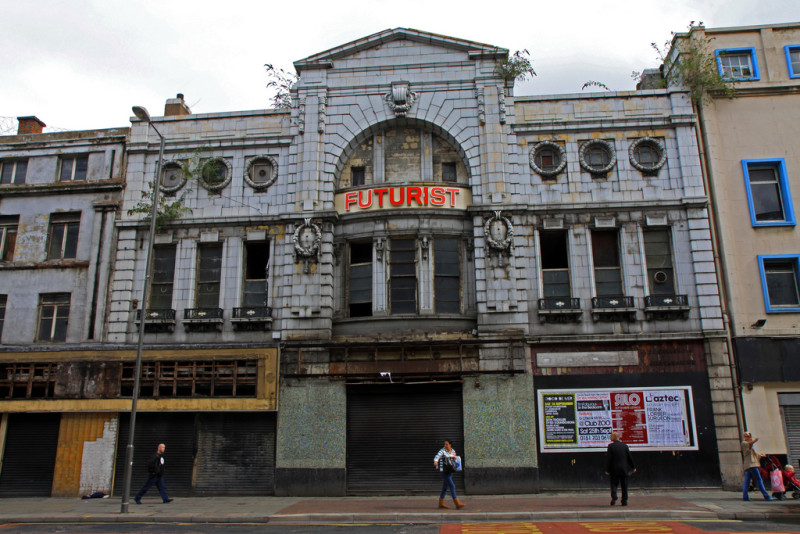 Building safety inspectors have found that the condition of the structure on Lime Street has deteriorated, with internal collapse, leaning walls and a high risk that cladding tiles may fall off.

They have served the city council with a Section 77 legal notice giving five days to make the structure – due to be demolished as part of the £35 million Lime Street regeneration scheme – completely safe.

A cordon was placed around the site from 7pm last night (Friday 15 April), with the public footpath outside the former cinema closed off and access for traffic on part of Lime Street reduced to a single lane in each direction.

“The Futurist has been deteriorating for a very long time and when we bought the site a couple of years ago it was already pretty much beyond repair. Sadly we were unable to find a way of saving it as part of the regeneration proposals for Lime Street, and we are now at the stage where it has become a danger to public safety. The legal notice requires us to take action within five days, which is why we are moving quickly to make the area around it safe before starting to deconstruct the parts of the structure that are unsafe.”