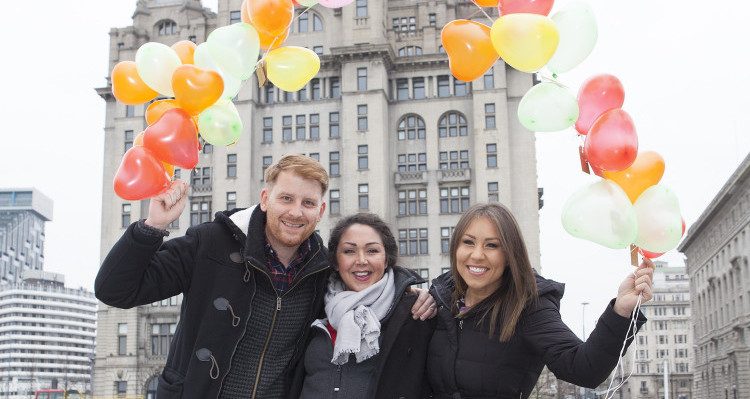 100 heart-shaped balloons were released yesterday lunchtime at the Pier Head, each carrying declarations of love for Liverpool. 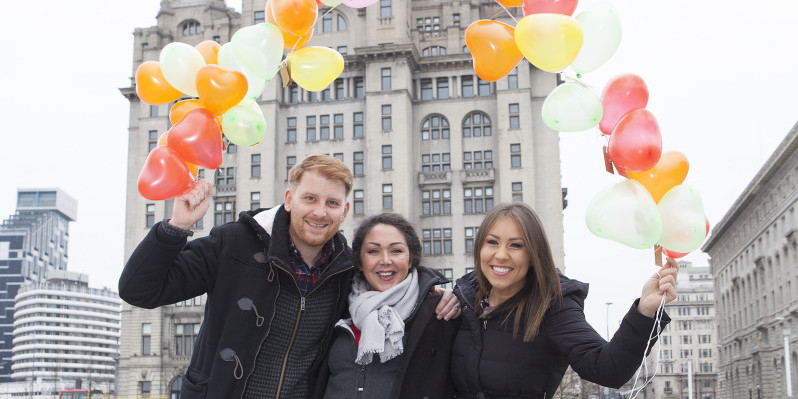 The event was scheduled just days ahead of Valentine’s Day and was orgainsed by the team behind Liverpool Loves, a new festival set to take place for the first time in August.

The three-day business and cultural festival will be staged at the iconic Pier Head under the shadow of the world famous Three Graces and Liver Birds, and against the backdrop of the UNESCO World Heritage Site.

Rather than the traditional red, the balloons have specifically been chosen in a range of colours to reflect the vibrancy of the city.

Liverpool Loves is the brainchild of Orb CIC, who created Liverpool Pride 2010 and is co-creator of the Brazilica Festival.

The biodegradable balloons were released by representatives from a number of local community and cultural organisations supporting the festival. They include Liverpool Cathedral Volunteer Scheme, Everton in the Community, Richmond Fellowship, Reader’s Org, Movema and Bikram Yoga.

Each balloon released  carried a tag, on which a declaration of love was written. The messages were sent to the Liverpool Loves team via social media, from both members of the public and key Liverpool figures, stating what they love the most about the city.

Some of the messages received include:

“We love everything, our independents, creatives and hidden gems nestling within its streets”

“Start with the air, water and people and then you’re guaranteed to be addicted.”

“I love how Scousers stick together! Good people.”

Liverpool Loves is a three-day business and cultural festival and takes place from 6th to 8th August 2015. It will provide a platform to celebrate, participate and create and will encompass everything people are so passionate about across the region.

This year, Liverpool Loves will focus on four main areas – Culture; Business; Food; and Well Being.

Get involved by emailing your details to info@liverpoolloves.co.uk and interested musicians are asked to email thedovedalesocial@gmail.com

Mayor of Liverpool invites businesses aboard with the River Festival 2015