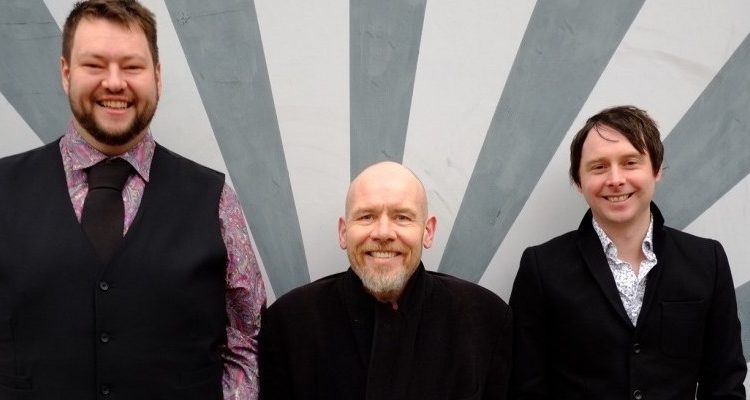 The countdown is now on to the Warrington Contemporary Arts Festival 2015 which returns to the town in less than four weeks time.

Organisers Culture Warrington recently announced that this year’s WCAF15 Festival is being held in partnership with NORTH, which will deliver an exciting new dimension to the event.

The festival runs from Friday, 2nd October through to Saturday, 31st October 2015 – and this is the fifth consecutive year the town has hosted the event.

A number of venues and public spaces across the town are supporting the event and will become festival hubs by hosting pavilions, exhibitions and events, including Pyramid Arts Centre, The Gallery at Bank Quay House and Warrington Museum & Art Gallery. 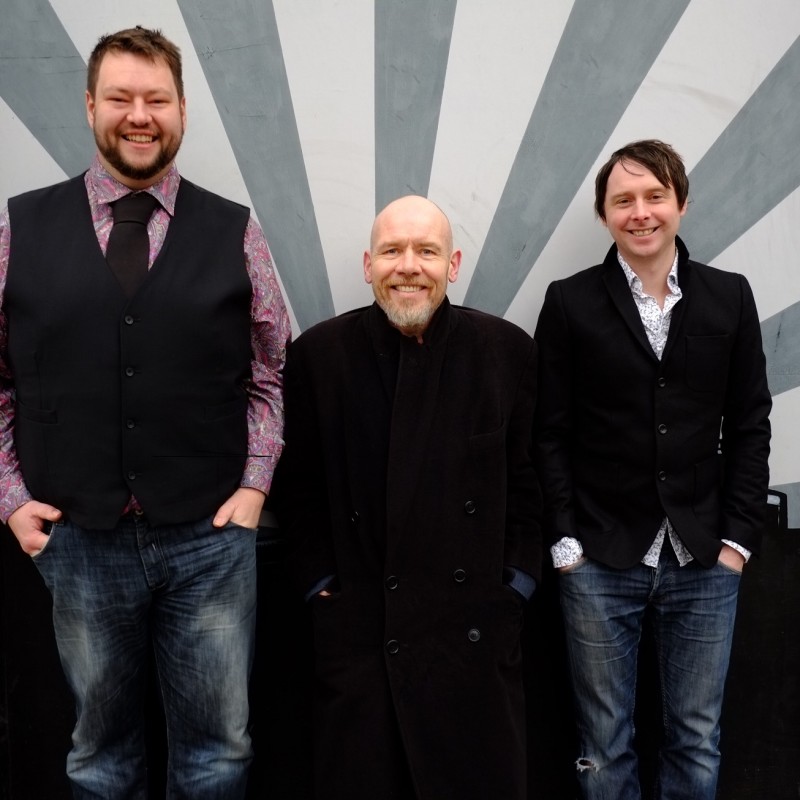 NORTH is a new initiative aiming to build strength for contemporary art in the North of England. Together they will highlight the breadth of talent within the region, as well as attracting national and international artists with support from Arts Council England. Specially commissioned to present the festival’s headline visual arts exhibition, NORTH presents The Dream Of Modern Living? – Contemporary Artists Explore IKEA.

“It’s just four weeks until the Warrington Contemporary Arts Festival 2015 gets underway, and we’re delighted to announce such a diverse programme spanning all areas of the arts during our fifth festival year.

“The festival acts as a springboard for both emerging and established arts talent across the North West, so we are thrilled to be working in partnership with celebrated curators William Lunn and Paul Carey-Kent who will inspire and encourage the artists of the North – with the spotlight shining bright on Warrington.”

Lead curator of North, William Lunn, is curator and director of the contemporary art gallery Copperfield, London and previously curated and co-directed Sumarria Lunn gallery. While only 26-years-old, he has curated more than 60 exhibitions and projects since the first exhibition he organised when he was aged 18, which included work by the now world famous Banksy.

Paul Carey–Kent is the curator for The Dream Of Modern Living? A former editor of Art World magazine, he now writes for publications including Art Monthly, Frieze and Photomonitor. He has become increasingly involved in freelance curatorial projects since 2013, and currently has shows in London and Berlin as well as Warrington. Earlier this year he curated The Absence of Presence for Berloni and Weight for the Showing at Maddox Arts. 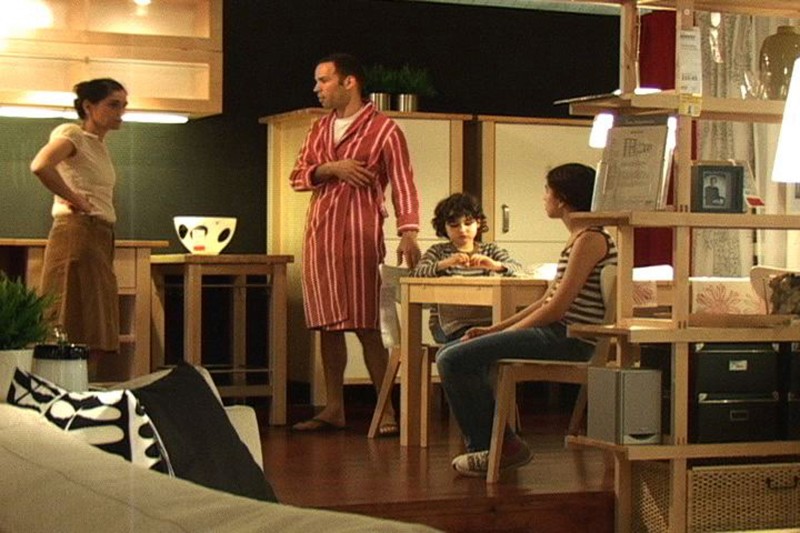 The Pavilions For The North of England are curated by institutions and individuals who shape the arts in the North, including the Manchester Pavilion by BUREAU, Middlesbrough Pavilion by Platform A, Newcastle Pavilion by VANE, and Birmingham Pavilion curated by IKON gallery.

TMESIS: THAT’S AMORE
Thursday 8 October
Pyramid Arts Centre
7.30pm / Tickets £8
That’s Amore examines the excitement and risks of submitting ourselves to the capriciousness of love. Four extraordinary performers play out a series of scenes of misremembered tropes from old movies, great pop songs and mesmerising projection to investigate the culture, science and myths of desire and heartbreak, ecstasy and despair.

THE DREAM OF MODERN LIVING?
Friday 2 October – Saturday 14 November
Warrington Museum & Art Gallery
Free entry
Contemporary artists explore IKEA. Curated by Paul Carey–Kent for NORTH, it is one of the focus exhibitions which brings together local and international artists’ responses to IKEA.

In 1987, Britain’s first IKEA opened in Warrington. Since then, the store has found a place in the thoughts and memories of local people. Warrington IKEA is said to have the highest visitor numbers of any store in the country and allegedly the lowest spend per head, suggesting that people go not just to buy furniture but to see and to experience designs, ideas, even food from elsewhere.

The exhibition examines artists’ reactions to IKEA as a business, lifestyle and aesthetic. Their responses range from using IKEA products as art materials to reinterpreting the furniture, from attempting to live in-store to subverting the catalogue of which more than 200 million copies are printed each year.

BUSINESS AS USUAL
Friday 2 October – Saturday 31 October
Pyramid Arts Centre
Free entry
Taking the conceptual bearing of the business card as an art object, and that artists marketing themselves is an necessary almost performatory element of their practises, Business As Usual will consider the role and significance of artists networking. The exhibition will feature the work of over 100 artists. This second exhibition in a series of the shows, Business As Usual will continue to travel around different galleries across the UK.

WCAF15 LAUNCH NIGHT
Friday 2 October
The Gallery at Bank Quay House
6.00pm – 9.00pm / Free entry
Join the curators and artists for a cultural crawl to launch WCAF15 in partnership with NORTH. The first venue of the evening is The Gallery at Bank Quay House, where the Photography Open can be viewed from 6pm. Next one of the focus exhibitions Business as Usual can be seen at Pyramid. The final stop of the evening is Warrington Museum & Art Gallery for the first opportunity to see The Dream of Modern Living: Contemporary Artists Explore IKEA. The 2015 Contemporary Open exhibition is also on show, and the overall winners of both the Photography and Contemporary Open prizes will be announced.

MIK ARTISTIK’S EGO TRIP
Friday 9 October
Pyramid Arts Centre
8.00pm / Tickets £11 or £12 on the door
Mik Artistik’s Ego Trip are a strange and wonderful beast of a band, effortlessly juggling stand up, rock, and performance art. It’s an incredibly daft, joyful and sometimes poignant affair, as Mik tumbles around the stage, spluttering lyrics, occasionally tripping over leads, and sprinkling straws over the audience, while the elegant engine of Benson Walker on bass and Jonny Flockton on guitar hold down the melodies.

THE TED BUNDY PROJECT
Thursday 29 October
Pyramid Arts Centre
7.30pm / Tickets £13
The Ted Bundy Project is a solo performance that sprung from an experience that contemporary artist Greg Woehead had in November 2012. He stumbled upon the confession tapes of Ted Bundy, the American serial killer. The performance was born from a curiosity about the nature of charm, the label of monster and the tension between attraction and repulsion. Please note, this performance is suitable for audience aged 16 and over.

WCAF15 CLOSING PARTY
Saturday 31 October
Warrington Museum & Art Gallery
6.00pm – 9.00pm / Free
Witness magic and horror at Warrington Museum & Art Gallery with a haunted silent disco. Spooky characters will guide you round the museum, where there is face painting before guests take part in an eerie silent boogie. Blackwood Events will be hosting special interactive ghost talks called Smoke and Mirrors. The winner of the people’s choice for the open exhibitions will also be announced.

LONG SHOT MICRO FILM FESTIVAL
Saturday 10 October
Pyramid Arts Centre
6.00pm / Tickets £6
A 90-minute micro festival of film screenings created by artists across the country with a connection to Warrington. The Long Shot Film Festival is a showcase for the film making talent of Warrington.

GROUP CAREER DEVELOPMENT WORKSHOP
Saturday 10 October
Pyramid Arts Centre
10.30am – 11.45am / Free
This workshop is aimed at artists living and working in the North who are looking for practical steps to having their work see. Festival curators William Lunn and Anna Harnden are hosting the worshop, offering advice and answering questions. The session will be delivered with short talks. Places are limited to 30 so booking is essential.

CURATORS’ TOUR AND TALK
Saturday 3 October
Pyramid Arts Centre
2.00pm – 4.00pm (Talk 2.00pm – 2.45pm / Tour 2.45pm – 4.00pm) / Free
Festival curator William Lunn and focus exhibition curator Paul Carey-Kent will introduce the inspirations, ideas and vision that has created the festival. The event will provide the opportunity for visitors to the festival to ask questions. The talk will be followed by a tour of the festival led by William Lunn.

CAPRICCIO EXPIERMENTAL MUSIC WORKSHOP
Saturday 17 October
Pyramid Arts Centre
12.00pm – 6.00pm / Free
Capriccio has been conceived as a workshop and performance for any number of musicians and artists, comprising live graphic scoring and semi-improvised playing. There’s a strong emphasis on developing skills in improvised playing as part of a group, with a strong focus on both watching and responding to a live score, and listening and responding to fellow players. There is no skill level to being a performer, just the desire to work well with others and be open to new ideas. The workshop is delivered by Shaun Blezard.

Free event places and tickets can be booked at www.warringtonartsfestival.co.uk