Work to start on refurbishing the Welsh Streets

Work will get underway early next month on the refurbishment of homes in the Welsh Streets in Liverpool. 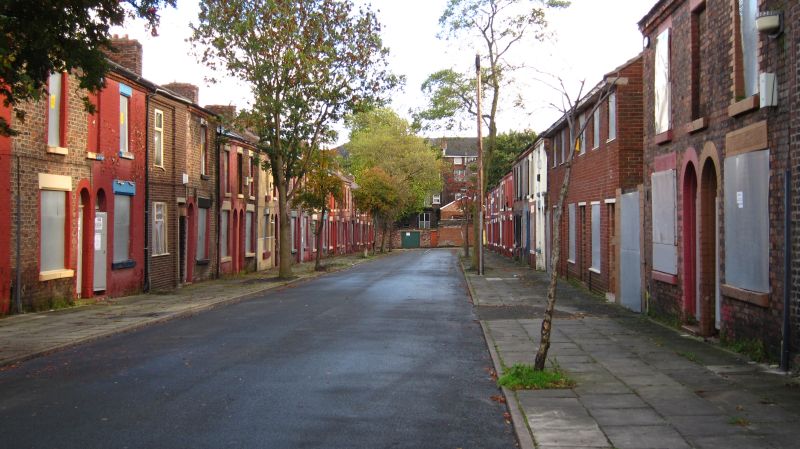 A pilot scheme to transform 35 properties into 25 energy efficient homes will start in August on High Park Street and Veolas Street in Princes Park.

PlaceFirst, which signed an exclusivity deal with the city council in January, is the developer delivering the project. The firm is a specialist development company with a proven track record in converting 19th century housing into high quality homes that meet modern standards whilst retaining their original character.

“When we partnered with PlaceFirst in January, I pledged that we would start work as soon as detailed surveys had been completed.

“PlaceFirst have a great track record in regenerating old houses and I know they are genuinely excited about what they can do in the Welsh Streets.

“We’ve already demonstrated with the regeneration of Anfield and our Homes for a Pound scheme that we are leading the way in finding imaginative ways of retaining properties where it is viable to do so.”

The pilot scheme is designed to show the local community how the homes can look when they are fully refurbished to modern standards, and will set the standard for refurbishment across the wider Welsh Streets area.

The new homes will provide spacious, modern accommodation to suit households and families of all sizes through innovative remodelling that will deliver a mix of one, two, three and four bedroom homes with gardens.

“PlaceFirst have been working really hard over the last few months to look at what we can achieve quickly.

“It is really important to us that the residents can see progress in bringing the area back to life, because for far too long they have seen their hopes and dreams thwarted through no fault of their own.

“I genuinely feel that we are at the start of something really special for the Welsh Streets, which will create a new community for the area and give it a long term future, delivering the best of the old and the new. This is just the start of the process though and I hope to be announcing details of further pilot schemes in the near future.”

“We are delighted to start work on this pilot scheme so soon.

“Delivering an ‘early win’ and showing the local community that we are committed to this project was a mutual priority for Place First and the council from the outset.

“The remodelling and refurbishment of these properties will be a difficult and complex task, but we are confident that we can deliver aspirational, distinctive homes that preserve and compliment the heritage of this historic neighbourhood.

“PlaceFirst are committed to improving the renting experience for the growing number of families who now rely on this sector for their housing needs.

“The homes proposed for the Welsh Streets will set new standards in renting and will appeal to families looking for rental accommodation they can put roots down in and genuinely call a home.

“The new homes will be distinctive and aspirational, designed around the needs of modern families, unlike the ‘identikit’ approach taken by the majority of volume householders.

“We would like to thank the council and the local community for their enthusiastic support on this project.

“Coming into an historic urban regeneration project like this can often be difficult, but we have had tremendous support from both the council and the local community right from the outset and hope that together we can achieve something really special in the Welsh Streets.”

A further phase of refurbishment work to transform homes in an area of the Welsh Streets that is still occupied will be announced in the next few months.

Hidden jewel to be converted into park