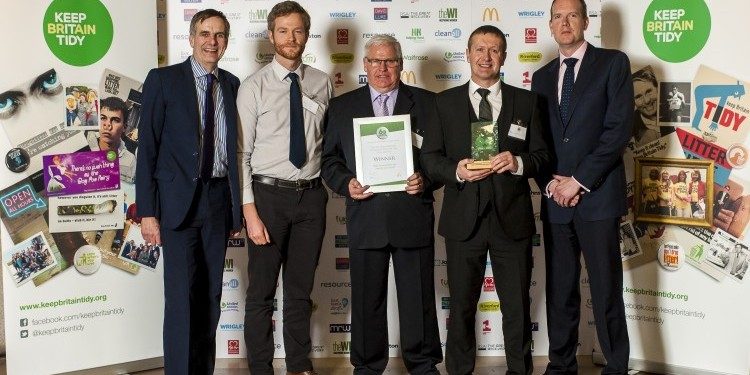 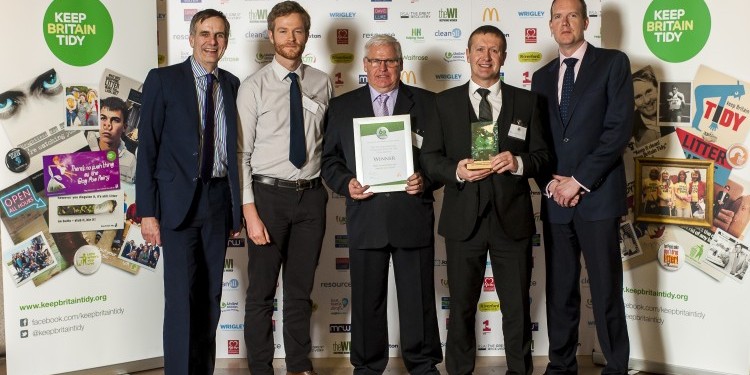 The partnership between Amey and Liverpool City Council focussed on the issue of low recycling rates from litter sweepings, litter bin collections, and fly tipping collections from across Liverpool. This saw the launch of the “Trash for Cash” scheme, with scrap metal being saved and deposited with scrap merchants and the money raised donated to local charity Zoe’s Place Baby Hospice. Ten tonnes of scrap metal were collected in the first six months, resulting in more than £1,600 donations.

The efforts of Liverpool Amey and the City Council were recognised at the ceremony by Environment Minister Dan Rogerson MP and Keep Britain Tidy’s Amabassador TV presenter Kirstie Allsopp, with awards celebrating the exceptional contributions that Keep Britain Tidy’s partners and supporters have made to the local and global environment.

“Congratulations to Liverpool Amey and Liverpool City Council for winning the Keep Britain Tidy Network Environmental Team of the Year Award. The initiative is exceptional, seeing increased recycling rates across the city as well as money being raised for charity. Well done to all those involved in the project.”

“Getting everyone involved in improving the environment and taking pride in their local area is vital if we’re going to stop people littering.

“The kind of innovation and creativity shown by the nominees and winners of these awards plays a huge role in inspiring this action and I congratulate them on their efforts to keep our neighbourhoods clean and tidy. I hope their success inspires more initiatives across the country to help manage waste and keep England litter-free.”

“We are pleased that, by sponsoring this Award for Environmental Team or Crew of the Year, the teams driving these great results can get the recognition they deserve.”