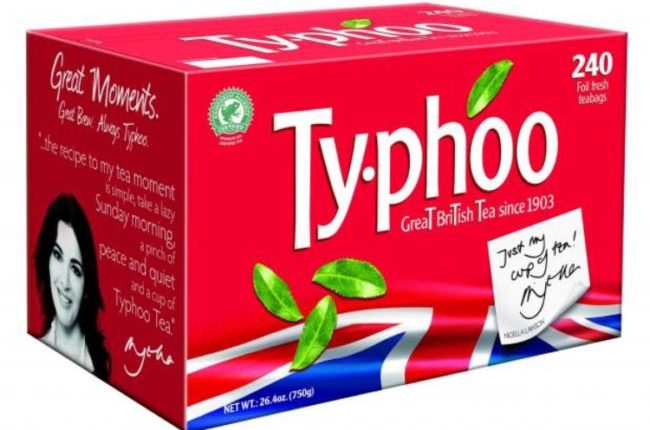 TV viewers across Britain gained an insight into to the workings of the plant in Moreton in a hour-long documentary ‘Inside the Factory’ on BBC2 – and still available on iPlayer. Tony McDonough reports

From its base at Moreton in Wirral, Typhoo Tea has been helping the nation brew up since 1903.

This week the company was the subject of an hour-long prime-time TV documentary on its round-the-clock operation.

Every 24 hours Typhoo produces an astonishing 14m tea bags and supplies one quarter of the all tea consumed in Britain.

In the programme – Inside the Factory – presenters Gregg Wallace and Cherry Healey oversaw the “from bush to cup” process.

The programme was broadcast on Tuesday evening but it still available to watch on BBC iPlayer.

Cheryl helped to carefully select, pick and prepare the tea leaves over in Kenya from where it is then packed into large containers and shipped across to the UK.

Around 75% of the leaves Typhoo uses are brought in through the Port of Liverpool. When the container arrived at the factory Gregg helped to unload and then test the quality of the leaves.

He then watched Typhoo’s expert blenders and tasters bring them together with leaves from other locations to create the company’s distinctive blends.

Alan Hargreaves, Typhoo’s head of tea buying and blending, told him how it takes 20 tonnes of tea to produce 6.9m tea bags.

And not only is Typhoo a major importer of tea leaves, it also exports its tea bags to 30 countries around the world.

Somnath Saha, chief executive at Typhoo Tea, said: “We were delighted to open our doors to the BBC and share with viewers the journey our tea takes from bush to cup.

“We are incredibly proud of the expert team we have here at Typhoo that ensures Britain wakes up to a smile and the perfect brew every morning.”

Ships on the Mersey and high and low tides on Tuesday, July 18

Ships on the Mersey and high and low tides on Wednesday, August 10