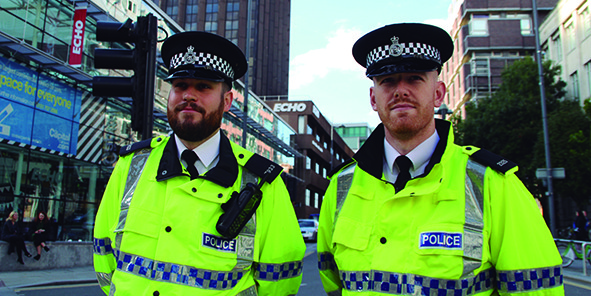 BID police scheme off to a successful start

A scheme which saw the introduction of two police officers dedicated to working in the BID district within Liverpool city centre has had a successful start. 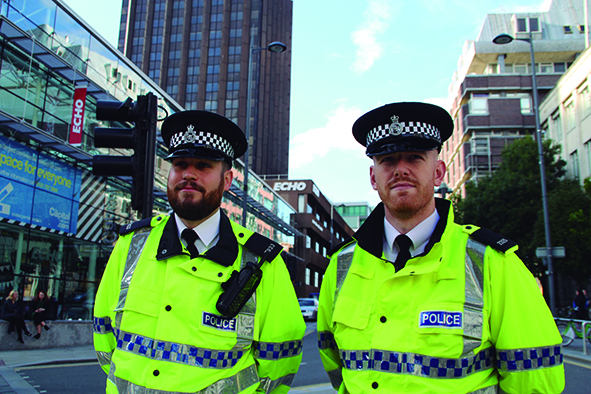 Six months ago the Liverpool BID Company provided funding for two Merseyside officers in order to create a dedicated BID Police team – one of the first of its kind in the UK.

The officers have been working directly with the BID Company with a brief to address city centre issues such as antisocial behaviour and retail crime and to continue to work with partners to ensure Liverpool city centre remains one of the safest in which to live, work and visit across the country.

Since they started their new role, in September 2015, the officers have been responsible for a number of arrests, dealing with dangerous traffic related issues in pedestrian areas of the city centre, working to reduce incidents of drug use around the retail areas and working with partners to address antisocial behaviour as well as providing reassurance to businesses and a dedicated point of contact.

They have also been instrumental in working with the commercial sector to reduce issues such as bike theft. BID officers identified an issue of bike thefts in the Old Hall St/St Pauls Square area. A police tracker bike was placed in St Pauls Square along with extra attention from BID officers resulting in an 82% reduction in bike thefts during the period of October – January.

In addition they have also responded to incidents such as theft from pay meters and have been working to eradicate drug users frequenting a city centre park.

“It was our aim that the two officers, who are in addition to those who police the city centre every day from our neighbourhood team, would deal with the issues that most affected the business community and retailers.

“The officers have now been in post for six months and it is pleasing to see that their presence is having a positive effect which further supplements the excellent work carried out by other policing teams in the city. The officers are known across the areas covered by the BID and provide a dedicated and personal contact point to deal with issues affecting these communities.

“Liverpool city centre has an excellent reputation as one of the most vibrant and safest cities in the country and we want to ensure that this continues by working closely with our partners.”

A commitment to keep the BID Police team is one of the key safety pledges in the new 2016-21 Commercial District Business Plan, which 550 businesses are now voting on in a month long post ballot that ends on 17th March.

Bill Addy, Chief Executive of Liverpool BID Company, which is overseeing the renewal ballot of the Commercial District BID, said:

“Our BID Police officers have made a great impact in the city centre and have quickly established a great rapport with our business community.

“They’ve made significant inroads on some long standing safety and security issues and we are delighted with their willingness to go the extra mile and help businesses to train staff on aspects like conflict resolution to diffuse any potential problems. To see them patrolling the streets is a reassuring sight and their presence is helping to reinforce that sense of security people and businesses can enjoy in our city centre.”

Last orders for tickets to the funniest show in town!