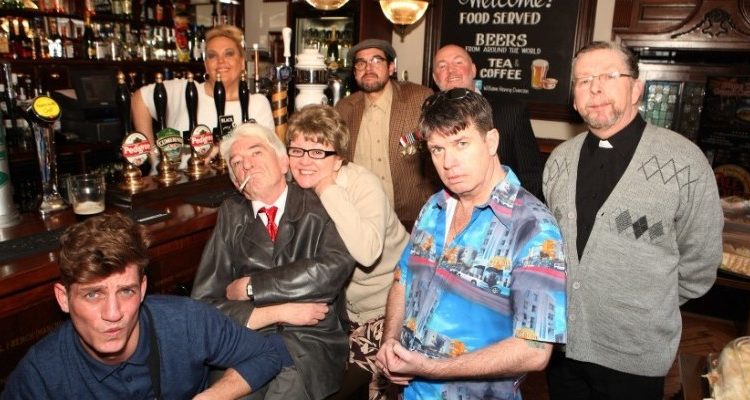 Last orders for tickets to the funniest show in town!

It’s the final countdown to the opening of the raucous comedy play Ale House and there’s just two weeks to go to get your tickets to the funniest comedy in town – so make sure you don’t miss last orders! 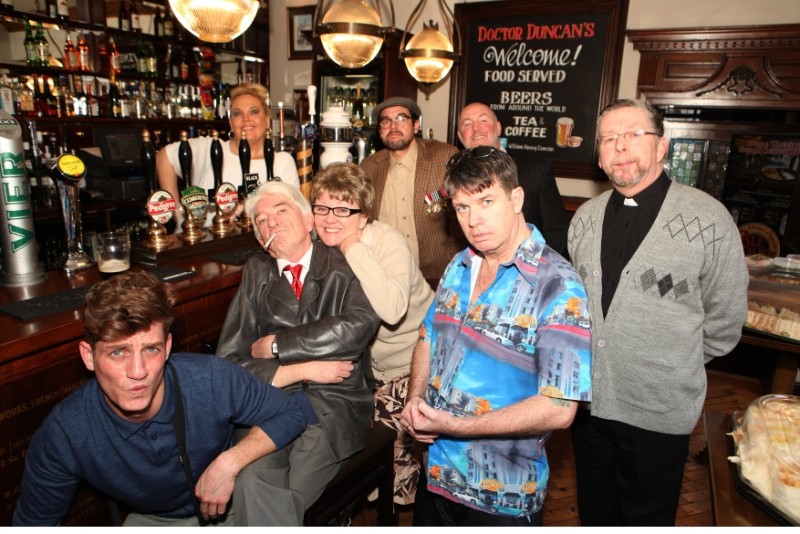 From the writers of Night Collar, Ale House comes to The Dome Theatre in Grand Central Hall on Renshaw Street for a four week run from Monday, February 25th to Saturday, March 19th.

This hilarious play gives the audience a glimpse inside a local drinking establishment and the regulars which frequent it.

There’s a free air guitar with every pint at this last chance saloon where dodgy DVDs, gammy guts and good old fashioned fisticuffs are the norm. But like in all good boozers, there’s plenty of banter and a good old sing song around the Jukebox!

The comedy is set on New Year’s Day, the day after the night before and the shenanigans that follow will have you crying with laughter. Combined with a touching narrative and music that with have you dancing in the aisles, this face-achingly funny show is not to be missed!

Throw in Kick Off played by George Wilson, a punch drunk bruiser, Robbo played by James McMartin with the hangover from hell, Les O’Dochartaigh as Father Flaherty, Bernie Foley as Mary and Nelly and Kivan Dene as Hawker and Les, not to mention pint guzzling old Joe played by Nick Birkinshaw and you have a comedy mix of crazy characters you may find familiar from your local pub.

This popular play recently went down a storm in St Helens Theatre Royal – so much so, that when it finished, two members of the cast decided to go back for a second helping!

Actors, Philip Olivier and Jake Abraham, joined forces to form their own production company Bear Assed Productions Ltd and as their first project, will be co-directing their own new version of Ale House, originally written by Furlong & Powers.

BA Productions has developed the play keeping all the bits people know and love, but adding more light and shade to the storyline and characters.

“The comedy has been really successful so far because it’s so true to life. It portrays life in a typical boozer with all the characters and shenanigans that go on. The audience can identify with the characters and are always saying ‘I know people like that in my pub!’

“We’ve just updated it and dragged it into the 21st century. We’ve added more emotion and embellished the love story between two lost and lonely souls.”

“It’s a little darker in places too. One of the characters has become quite sinister… We’ve been working with Liverpool College creating prosthetics for the characters to make them more real. And we have added more musical numbers.”

Liverpool indie rock band Space have written a piece of music to open the show and after the weekend shows, the fun will continue after hours in The Dome which will showcase local home-grown talent and live bands.

“There will be a late bar so we want people to make a whole night of it and we’re hoping to appeal to a whole transform a new generation of people who wouldn’t normally spend a night at the theatre, into regular theatregoers!”

It will be the first experience of directing for the duo who are certainly not strangers to the stage or screen. Philip and Jake have many years’ acting experience between them with Phillip having starred in TV shows Brookside and Benidorm and Jake appearing in Lock Stock and Two Smoking Barrels, to name but a few of their performances.

And they are very excited to be directing their first site specific play at The Dome which they describe as “Liverpool’s hidden gem!”

The Grade II listed building on Renshaw Street has had many uses including a Methodist Church, cinema, home of the Liverpool Philharmonic Orchestra and Barcelona bar. The building is blessed with Victorian grandeur and is now home to the alternative retail haven known as Quiggins, as well as serving as a multi-purpose performance space.

BA Productions has been working closely with The Dome to transform the space into an 800-seater theatre for the production and have built a spectacular set with a real working bar!

So set a date for a night at the Ale House. It’s a rip-roaring cocktail of blood, sweat, tears and pork scratchings, washed down with buckets of laughter.

BID police scheme off to a successful start