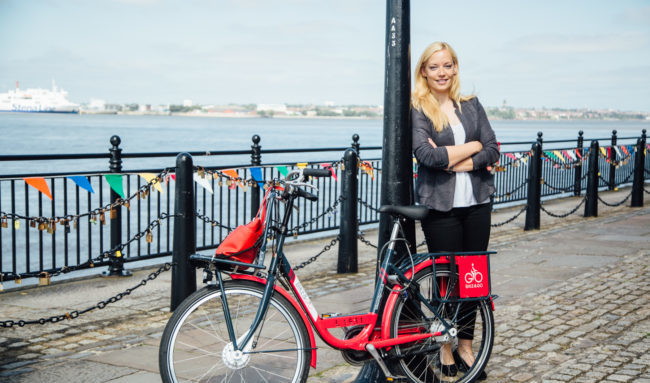 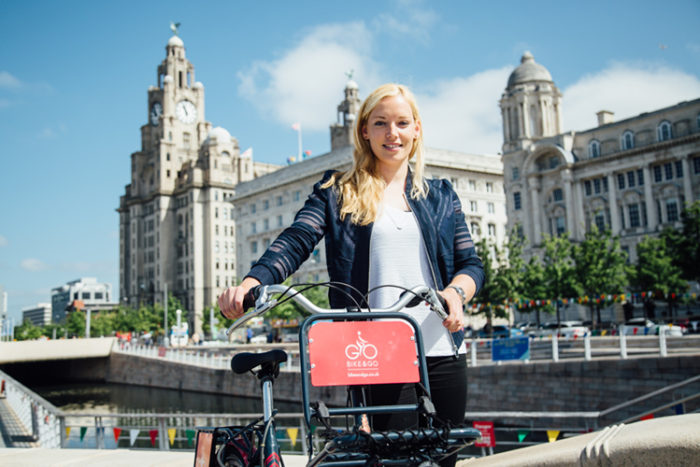 Bike & Go, which currently operates from a number of train stations across Merseyside, including Liverpool Central, will open at the Moorfields entrance of Moorfields station on Monday, September 12.

The new bike hire facility will be the company’s 18th base in Merseyside and its 70th across England and Scotland, and is expected to appeal to those based in the Commercial District who want a cost-effective and ‘green’ way to get around the city.

To mark the launch, Bike & Go is offering free bike rentals – a saving of £3.80 per 24 hours – to all those registered with the scheme who hire a bike from Moorfields between Monday, September 12, and Sunday, September 18.

Users simply need to register their card details online, which they can do via smart phones, tablets, or at home, and pay the annual subscription fee. They will then receive a user number via email which will allow immediate bike hire (usual cost £3.80 for 24 hours) whilst they wait for their Bike & Go membership card.

“We’re delighted to open a Bike & Go facility in such a thriving part of the city.

“We fully expect Bike & Go to be popular with business people who want an environmentally friendly and cheap way to travel around the city centre and beyond for work and meetings. The location is also great for day trippers who can pick up a bike and use it to explore all Liverpool has to offer, without worrying about fees mounting up or having to locate a docking station as all bikes come with their own lock.”

Since launching in 2013, Bike & Go has expanded to offer bike hire facilities from almost 70 participating train stations across the North West, North East and Yorkshire, East and South East of England, and Scotland, with more locations opening this year.

The scheme was recently praised by a UK division of the travel giant TripAdvisor when it was included in a list of the top seven bicycle hire companies drawn up by its subsidiary rental company Holiday Lettings.

Moorfields station, home to Bike & Go’s latest facility, is currently being refurbished as part of a £40m investment to overhaul all five underground stations on the network.

Throughout the station, new flooring, lighter and brighter walls and improved lighting have been installed and the walkways have undergone improvements. Nine of the escalators from the concourse to the platforms are also being refurbished in order to meet the predicted doubling over the coming years of the 6.5million annual passengers using them. This work will be completed by the end of the year.