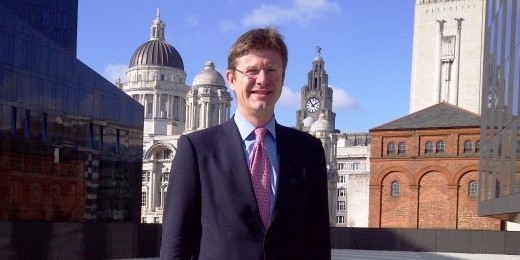 More than 200 leaders from the world’s capital cities will gather in Liverpool tomorrow (Wednesday 18th June 2014) for a unique event, to debate the evolution and growth of global cities from the age of austerity to prosperity.

For the first time in history the majority of the world’s population lives in a city, and according to the World Health Organisation, seven out of every 10 people worldwide will live in an urban area by 2050. The BT Global City Leaders’ Summit will explore the obstacles and opportunities of the international metropolitan revolution.

At the event, which is taking place at St George’s Hall, the Rt. Hon. Greg Clark M.P., UK Government Minister of State for Cities, will offer a UK government perspective on cities and growth, to an audience of over 300 delegates coming from all corners of the globe.

He will be joined by leaders from some of the world’s premier cities, including Shanghai, Beijing, Istanbul, Beirut, Bogota, Quito and Rabat, among others.

They will discuss the critical challenges faced by metropolitan hubs around the world and the important role of cities in driving global economic growth.

The summit will also include a session about the role of culture in a city economy, with a panel that includes the multi-award-winning chief conductor of the Royal Liverpool Philharmonic Orchestra, Vasily Petrenko.

To close the event, Mr Petrenko will lead his orchestra in a performance in the St George’s Hall Concert Room.

Gavin Patterson, CEO, BT Group Plc, who is speaking on the power of communications, commented:

“It’s testimony to the ambition of the Festival that so many leaders from the world’s capital cities are gathering in one place to discuss the obstacles and opportunities of urban development and growth around the world.

“We are delighted to be welcoming these city leaders to Liverpool for one of the headline events of the International Festival for Business 2014, the biggest event of the year in the international business calendar, which we are proud to be supporting.”

“Cities are engines of growth and they are critical to the global economic recovery. This summit is one of the highlights of the festival, where we will debate the powers and responsibilities our cities need to deliver the best economic future for our communities.

“Importantly leaders from major cities across the UK will join us in Liverpool, helping strengthen our relationships and joint work to ensure that it is not just London and the south east that are boosting the UK’s prospects, but the regions as well.”

The Summit is one of the signature events of the International Festival for Business 2014, the largest showcase of British business for 60 years, which is taking place across Liverpool and the North West throughout June & July. The Festival comprises over 300 different events running over 50 days across the key sectors driving the UK and international economic recovery.