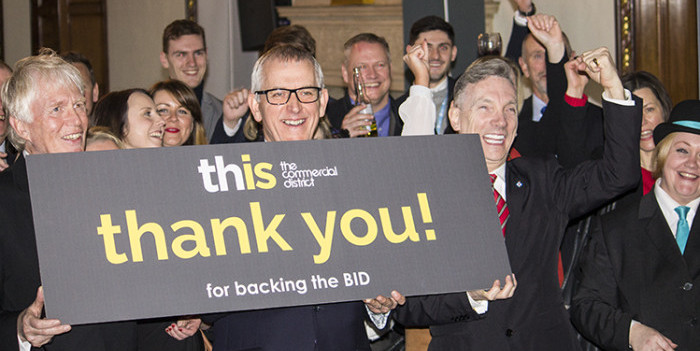 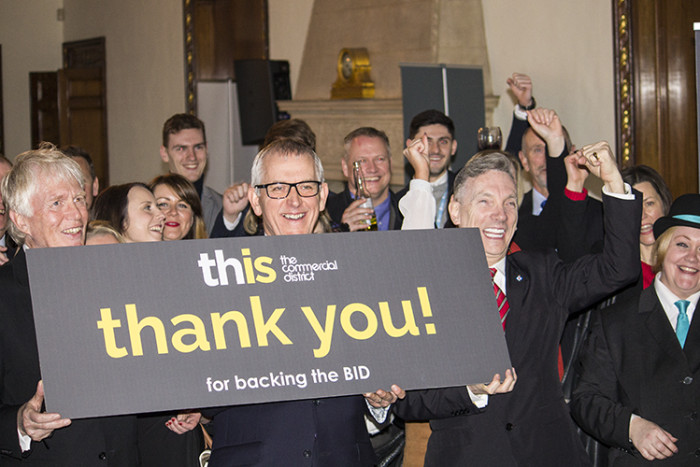 Businesses in Liverpool have delivered a resounding ‘Yes’ to a £4m masterplan to improve the city centre’s Commercial District.

The Liverpool BID Company secured it’s most successful result in its 11 year history as it won a comprehensive 85% yes vote to renew the Commercial District BID until June 2021.

The decisive win – based on a 43% turn out – saw the Yes vote almost doubled and the no vote more than halved since the Commercial District’s first ballot in 2011 (which recorded a 33% turnout).

As a result the Liverpool BID Company will implement a new five-year Business Plan that sets out a vision for the district as a “beacon of business excellence”.

The 32-page business plan was put together through a series of consultations, conversations and debates with BID members and stakeholders over the past 18 months.

“This yes result is a hugely welcome vote of confidence in what we have achieved to date and our ambitious plans for the next five years. The hard work now begins to turn ambition into a reality. We have great partnerships in both the public and private sector and with their continued support much can be achieved to the benefit of businesses already here and those looking for a dynamic location to operate in.”

The Commercial District BID is designed to improve an area from Lord Street to Old Hall Street and Water Street to Pall Mall. The district contains a workforce of more than 60,000 people employed across a range of booming sectors from legal and financial, creative and digital, to leisure and hospitality.

The BID Company is currently overseeing completion of a £1.6m scheme to improve the public realm in key areas of the district, has just delivered a life-saving campaign with Medicash, ensuring the Commercial District has enough defibrillators for the public to be within two minutes of a device and recently hosted Liverpool’s first themed Restaurant Week.

As part of its support to businesses, the BID Company also annually provides an estimated £7,000 worth of benefits per business from free promotional space in the city centre, free first aid, security and customer service training to inclusion on the ThIS Liverpool App, which has now been downloaded by more than 10,000 people.

“We are humbled by this result and thank all those who have supported the BID – in this ballot and all that we’ve achieved in recent years but there is much still to do. We have listened to our business community and as a result have a plan that we believe will continue to improve the city centre and strengthen its appeal as one of the best business districts in the country. We are very much focused now on delivering this plan and making the city centre work for our businesses.”

“Liverpool is very fortunate to have one of the best BIDs in the UK and I am delighted the business community has recognised that fact by rewarding the Commercial District BID with such anoutstanding endorsement. I look forward to working with the BID Company in our shared aim to enhance the city centre’s reputation as one of the best to invest and work in.”