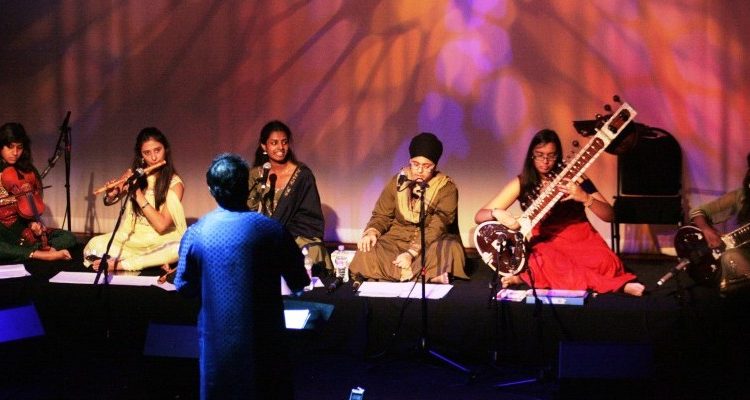 Audiences of The Capstone in Liverpool have plenty to look forward to during the Spring Season 2016, including Liverpool International Jazz Festival, Milapfest, Liverpool Mozart Orchestra and a host of entertaining theatrical and dance pieces. 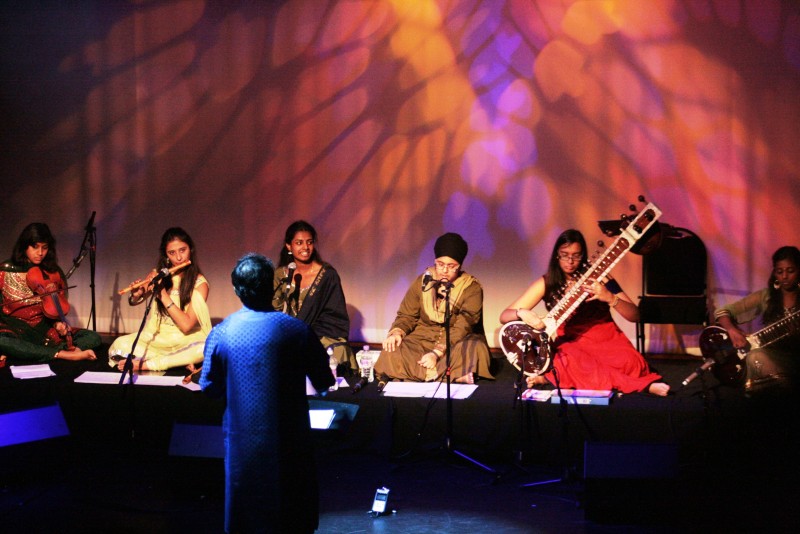 The contemporary and diverse programme is bursting with entertainment and features live classical and jazz music, contemporary music, Indian musical and dance performances and other exciting theatre and dance showcases. Collectively, offering a truly unique line-up set against the backdrop of a hidden gem of a live performance venue in the heart of Liverpool.

The new season kicks off on Sat 30th January with a free concert as part of Milapfest’s Music for the Mind and Soul, which this year focuses on Women in Indian music. A partner of Liverpool Hope University, Milapfest is Britain’s leading Indian Arts development trust, and produces world class performances, education and artist development opportunities across the UK.

The series of concerts begins with a concert by Jyotsna Srikanth. The southern Indian music is characterized by her lyrical and poetic violin compositions.

The cultural showcase continues on Saturday, 19th March with Hindustani vocal music by Sawani Mudgal, a multi-talented singer with experience of music, dance and international cross-over projects. Accompanied by tabla maestro Kousic Sen, the music is a combination of deep, resonant improvised passages and beautiful poetry.

On Saturday, 9th April two exceptional dance performances of Indian classical dance are presented, combining dazzling footwork, complex rhythms and graceful movements. The dances include the premier of Panchan by the Swati Dance Company, which stars young dancers from the North West.

Following a performance on Saturday, 30th April by bansuri maestro Stephanie Bosch, the penultimate showcase for Milapfest falls on Saturday, 28th May and features sitarist Mita Nag, who carries on the legacy of her grandfather’s unique style of playing, known as vishnupur gharana, as she follows the contemplative, meditative style of Dhrupad, a style of vocal music.

Last but certainly not least for Milapfest, Shantala Subramanyam graces the stage on Friday, 24th June to close the Capstone spring season with a flute and violin duet featuring beautiful compositions and improvisation from traditional and modern Southern India.

Courtney Pine makes a welcome return to LIJF as the Saturday night headliner, having sold out a number of venues and headline festivals across the UK last year. His duo concert with renowned pianist Zoe Rahman provides a new slant on a repertoire of well-known ballads and standards.

Saturday, 27th February will also see five free concerts as part of the festival. At 1pm the Capstone will see LIJF collaborate with Milapfest for a concert celebrating Indian music. Between 3-7pm Jazz North artists will present free showcases in the Capstone foyer. Pan Jumby (3pm) brings a blend of modern calypso, Caribbean rhythms, Rumba and Cha Cha, channelled through the versatile vocabulary of jazz. BBC Introducing artists Cameron Vale play at 4pm: their music combines jazz, rock, afrobeat, electronica, and metal with a ferocious energy. At 5pm, catch the jazz artists of the future with Artephis, five musicians from the Royal Northern College of Music who were beneficiaries of the Jazz North Introduces scheme (which offers young jazz musicians high-profile exposure at leading jazz festivals in the north). And finally, at 6pm, Graeme Wilson Quartet performs original material which explores unusual meters and structures as vehicles for angular and passionate solos, with narrative melodies resonant enough to evoke a strong sense of place and time.

On the final day of the festival (Sunday 28th February 7.30pm) there will be a ticketed performance and a free workshop from Andy Sheppard.

Andy Sheppard has emerged as one of Britain’s foremost tenor and soprano saxophonists. A successful recording artist, bandleader and composer, he has worked with an astonishing range of musical partners including the three great post-war bandleaders, Carla Bley, George Russell and Gil Evans. His free workshop will begin at 5pm where he will inspire all levels of players from beginners to teachers.

The Capstone will also be host to a variety of theatrical and dance performances. On Tuesday, 23rd February, Encompass Collective will debut Circumstances, their first UK tour which will see a triple bill of high energy contemporary dance theatre exploring how we interact with people, space and objects. The People Show will perform Seagull Noir on Tuesday, 8th March, with a special performance celebrating 50 years of theatre making in 2016, in which one can expect fast-paced action, conspiracy theories and a battle of good versus evil.

Joan Laage will showcase Earthtones on Wednesday, 9th March, looking at how the body can be understood as an archiving device in relation to memory. The event is performed as part of the Department of Dance and Drama and Performance Studies Research Series.

Classical music will also feature prominently in this Spring season, with the Liverpool Mozart Orchestra returning to the city for two evenings of classical musical delights on Saturday, 12th March and Saturday, 14th May, with programmes that include favourites by Mozart and Beethoven. On Wednesday, 15th March percussionist Joby Burgess provides a masterclass in contemporary percussion with his Pioneers of Percussion programme, which features three world premieres and classic pieces by Feldman, Xenakis, Takemitsu and Pärt.

A late series of Friday Jazz and World music concerts begins with a quartet performance by pianist/composer John Law’s New Congregation on Friday, 8th April. The band is tipped to be one of the best musical discoveries of 2016. Guitarist Ant Law performs for the first time in his stripped down trio format on Friday, 15th April and Cinematic Orchestra alumni project The Breath will perform on Friday, 22nd April with a World Music inspired set in support of their new album on Real World Records.

On Friday, 29th April, two-time MOBO award winners, Phronesis, a Scandinavian/British jazz trio who have been described by Jazzwise as “the most exciting and imaginative piano trio since EST”, return to the Capstone to conclude the series on an energetic note.

Another full and varied programme in what promises to be the most ambitious, diverse and entertaining season to date for Liverpool’s International Arts Venue.