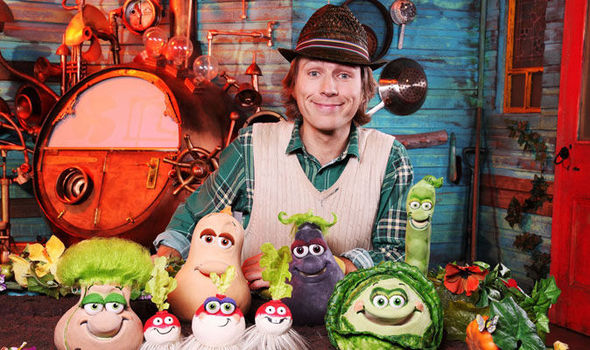 The children’s TV favourites have been confirmed in the line-up for this year’s show, which runs over four days in August. Andrew Wright reports.

With kids admitted for free at the event, CBeebies performers Justin Fletcher and Mr Bloom are just two of the family oriented attractions at this year’s Southport Flower Show.

The Southport Flower Show has been a fixture in the summer calendar at the seaside resort for more than 80 years.

Justin Fletcher stars on CBeebies as Mr Tumble in Something Special and also features as himself in Justin’s House. He will headline the family show on August 19.

Mr Bloom is played by performer Ben Faulks in the CBeebies show Mr Bloom’s Nursery and returns to Southport on August 20 after appearing at last year’s show.

Justin Fletcher said; ‘This will be my first visit to the Southport Flower Show, it’s such a marvellous event to be part of and I hope to see you all at the Celebrity Theatre. We’ll be singing, dancing and having lots of fun!’

Ben Faulks who stars as Mr Bloom said: ‘I’m absolutely thrilled to be doing a show at the Southport Flower Show this year, it’s a great way to get kids excited about gardening from a young age, which is a great passion of mine.’

General Manager Ray Roukin said: ‘We are delighted to welcome Justin and Ben to this year’s Southport Flower Show and we know our younger visitors will be thrilled to see them.’

Justin and Ben will appear in the Celebrity Theatre partnered by Everest Home Improvements, in the Grand Floral marquee.

The theme for this year’s show is the ‘Curious Garden’ with organisers aiming to ‘showcase the sense of wonder and discovery that inspires all gardeners as they unravel the mysteries of the natural world’.

The Southport Flower Show takes place at the 36 acre Victoria Park, which is located on the seaside town’s coastline, a short walk away from the town centre.

The show will take place across four days, from August 17 August 20.