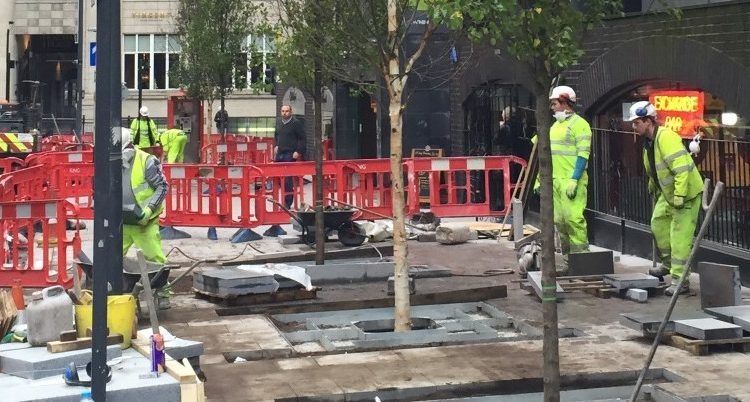 A £1.4m scheme to revamp the public realm in Liverpool’s Commercial District is entering its final phase of activity. 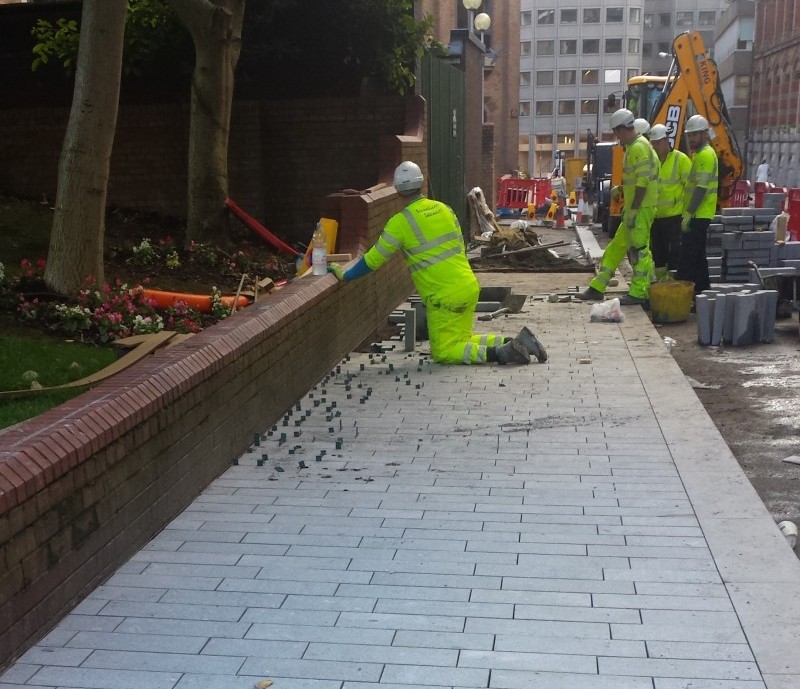 The works, funded by the Commercial District BID and Liverpool City Council, are part of a non-stop schedule to enhance key city centre streets, with the final two to begin in 2016:
• North John Street 11 Jan – 28 Mar
• Eberle Street 11 Jan – 4 Apr

The upgrades are being carried out by Amey and involve improving footways and kerbs, road resurfacing, tree planting, improving street lighting and rationalising street furniture.

The Commercial District BID has invested £900k in the two-year scheme, raised via a BID levy on businesses, and this has been matched by the city council which will in addition invest a further £500k to upgrade Water Street in 2016.

“Upgrading the public realm is a critical part of a much wider programme to enhance the experience of the Commercial District and its appeal as the place to do business in Liverpool. Improving connectivity within the District, be it upgrading roads to improving broadband speeds, is a major goal of the BID as it will stimulate growth and investment and we’re delighted with the progress so far.’’

David Colvin, partner at Matthews-Goodman, the commercial property company on Edmund Street, which celebrated its 150th year in 2015, said:

“It is rewarding to see the improved and modernised Commercial District taking shape following the recent upgrades. The works are currently taking place on our doorstep on Edmund Street and we are more than happy to put up with the minor disruption in anticipation of the finished results.”

Alison Lobb, Managing partner at Morecrofts, which is based in Cotton Exchange on Old Hall Street, said:

“Following our move to Old Hall Street in January 2015 we are delighted to see the progress that has been made in this area over the time we have been here. Our staff and clients have commented on how the improvements make it such a better place to work and do business. It has given all the businesses in the area a real boost just through being a much nicer place to be.”

The public realm programme is part of a wider four year programme of works across the city, which includes a new city centre ‘connectivity’ scheme including new and improved signage and lighting, dedicated coach parking, more priority for pedestrians and cyclists and a review of bus routes to reduce delays (to be delivered from 2017-2019).

• The Liverpool BID Company is currently drafting a business plan to develop the Commercial Business District up to 2021. It will be seeking a renewal ballot in March 2016.

• Businesses are also encouraged to fill in an on-line questionnaire at www.liverpoolbidcompany.com or tweet suggestions to @LpoolBIDcompany using the hashtag – #YourBIDYourSay

Liverpool a hit with UNESCO