Liverpool a hit with UNESCO

Liverpool has been declared a City of Music by UNESCO, joining a select number of cities across the globe. 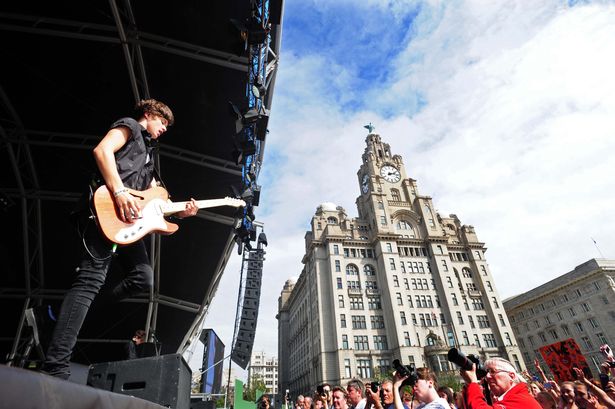 UNESCO, which awarded Liverpool ‘World Heritage Site’ status in 2004, has now turned its attention to the city’s musical offering.

The City of Music status has been awarded due to music’s place at the heart of Liverpool’s contemporary culture, education and the economy – from the live music scene to tourism, music management courses and digital businesses.

It was also given to the city based on its commitment to having a clearly defined music, education and skills strategy for young people so that Liverpool can continue to produce world class talent.

Liverpool is the second city in the UK to be given the honour – Glasgow received it in 2008. The city is among one of 10 other global destinations which have also been given the title today (Friday 11 December) including Kingston in Jamaica and Salvador in Brazil. There are now 19 Cities of Music in total and they form part of the prestigious UNESCO Creative Cities Network.

The judges highlighted that urban festivals like Liverpool International Music Festival (LIMF), Liverpool Sound City and Liverpool Psych Fest have not only cemented the city as a haven for music, but also helped to develop young industry professionals. The designation also noted the importance and contribution of established names such as the Royal Liverpool Philharmonic Orchestra, Creamfields, Africa Oye and LIPA. With music being one of the main drivers for visitors to the city, the award also opens up opportunities to further market the city’s musical heritage and, ultimately, bring more tourists to the city.

“Liverpool is renowned for its musical influence and this status is the ultimate, and appropriate, accolade for a city which lives and breathes music.

“It’s no secret that music is one of the biggest reasons that visitors come here – you only need look at the numbers of people going to The Beatles Story, or the crowds that head to annual events such as Sound City or LIMF to see that.

“I’m confident that with the support of such a globally-respected name as UNESCO, this will grow further and people will realise that it is not just about the city’s contribution to music history, but is about the exciting things happening right now.

“In the same way our Waterfront has benefited from association with UNESCO, so too will the city’s music offer.”

Liverpool City Council worked with the city’s partners on the bid.

Kevin McManus, Investment Manager at Invest Liverpool who led on the application on behalf of the city, said:

“Liverpool’s musical heritage is well documented, but the real reason we have been awarded this accolade is for the contemporary scene. We have some of the most vital, inventive festivals in the UK – as evidenced in the glut of recent awards – and music is at the heart of the city’s economic planning.

“Whether it’s the LIMF Academy developing young talent and teaching them how they can make a living from music, Sound City offering a platform to meet agents and managers or businesses like Sentric, in the Baltic Triangle, music is integral to the city’s future as well as its past.”

“UNESCO’s award recognises Liverpool as one of the world’s great music cities. 2015 is Liverpool Philharmonic’s 175th anniversary year and we are proud to continue to play our part at the heart of Liverpool’s musical life in our concerts at our home, Liverpool Philharmonic Hall, with city partners in celebrations and festivals, through our learning programmes such as In Harmony Liverpool and as an ambassador for Liverpool when we tour in the UK and internationally.”

The accolade is well timed as preparations are being finalised for a city-wide season launch in January of what is shaping up to be an incredible year of music performance, exhibitions, festivals and events taking place across Liverpool in 2016.