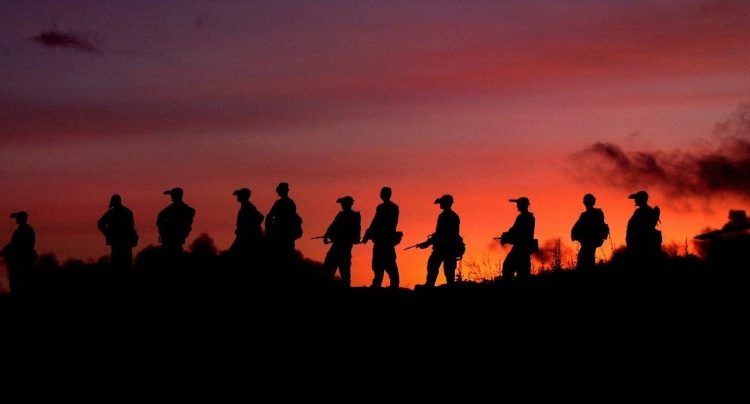 Liverpool’s Lord Mayor will lead the annual service of Remembrance this Sunday, 8th November at the Cenotaph on St George’s Hall Plateau.

The Band of The Duke of Lancaster’s Regiment, singers Danielle Louise Thomas and Jack Topping and St Edward’s College Senior Choir will perform from 10.40am prior to the start of the service.

At 11am, after the ‘Last Post’, a firing gun will mark the start of a two-minute silence across the city, followed by the laying of wreaths at the Cenotaph.

After the two minute silence, thousands of poppy petals will be dropped from the roof of St George’s Hall.

Prayers of thanksgiving and re-dedication will then be said by The Bishop of Liverpool, The Right Reverend Paul Bayes, followed by the singing of the National Anthem.

There will then be a short parade and march past, after which individuals will be invited to lay their own wreaths.

Organisers are advising members of the public that access to the Poppies: Weeping Window sculpture at St George’s Hall will be extremely limited on Remembrance Sunday, and that they can see them at any time up until 17 January 2016.

“The service of Remembrance and Dedication Service is a chance for the city to come together and pay our respects to the men and women who lost their lives fighting for our freedom.

“It is crucial that we never, ever forget the sacrifices made by others during times of conflict for the freedoms we often take for granted.

“Remembrance Sunday gives us the chance to take a moment to think of those who paid the ultimate price and are no longer with us.

“It is really important that people wear a poppy with pride, and show their support for our service personnel, their families and friends and the hard work and dedication of the Royal British Legion.”

A specially produced silent film made by Welton Media will also be shown on the giant Lime Street media wall operated by Ocean Media on Sunday 8th November, telling the story of Liverpool’s involvement in World War One, featuring photographs of local people and their role in the war effort.

“We feel really privileged to be involved with this event.

“To help honour all of the fallen on Remembrance Day is the very least that we can do. It is important that people remember all of the sacrifices that have been given in order to live our lives the way we do today.”

The service, commentary for which will be provided by BBC Radio Merseyside’s Roger Phillips, will also be shown on a large screen so everyone attending the event can see it, regardless of where they are on the Plateau.

Please note that on Sunday 8 November, the following road closures will be in place:

Trust us to find your trustees, say Liverpool accountants