One of the leading lights of modern British comedy will be calling into The Epstein Theatre this autumn. 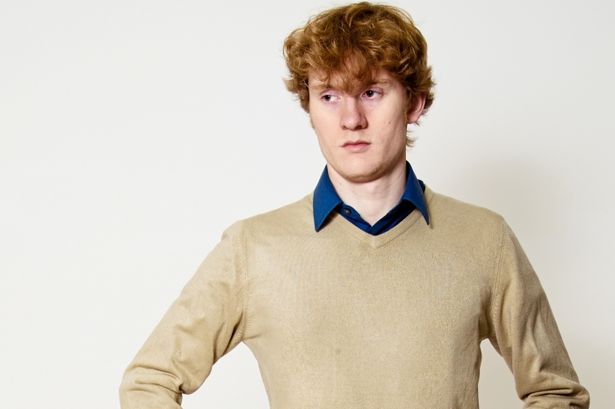 Four-time Edinburgh Best Show nominated James Acaster will be performing his new show Reset at The Epstein Theatre on Thursday, 20th October as part of his autumn UK tour. During the show, Acaster finds himself with something to look forward to. Something he’s always wanted. Something we all want…

Having quickly established himself as one of superstars of modern comedy, James has notched up a plethora of award nominations, including Best Comedy Show at the 2015, 2014, 2013 and 2012 Edinburgh Fringe Festivals and taking home the Best International Show Award at the 2014 New Zealand International Comedy Festival.

The Guardian described the stand-up comedian as “one of the most imaginative and distinctive acts in UK comedy.”

James also launched the second series of his comedy-documentary Sweet Home Kettering, in which he visited Lahnstein in Germany, the official twin town of Kettering where he is from, so he could see the whole picture of Kettering and therefore, himself.

Plus, James has made a host of television appearances including Live at the Apollo (BBC One), Live from the BBC (BBC Three), Have I Got News For You (BBC One), Mock The Week (BBC One) and 8 Out Of 10 Cats (Channel 4). Radio appearances include a regular guest spot on fellow comic Josh Widdicombe’s XFM show and writing and presenting his own show Findings for BBC Radio 4.

“James Acaster is nothing short of a comedy genius and is guaranteed to have our audiences at the Epstein rolling in the aisles with laughter!”

Tickets: Adults £15, concessions £13 (all prices include a 50p per ticket venue restoration levy)