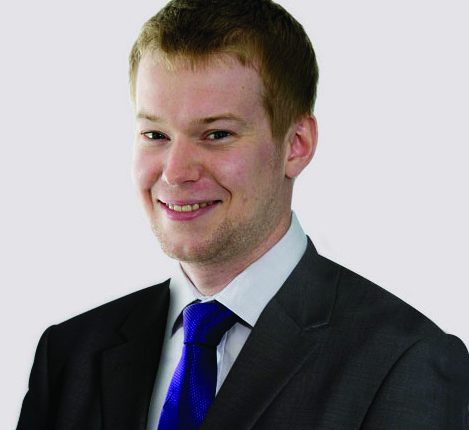 The 28-year-old joined DSG in 2008 to train as a Chartered Accountant. After qualifying in 2012, he decided to focus his career in tax and completed his Chartered Institute of Tax exams in 2014.

He joins six other young accountants on the shortlist for the awards which aim to recognise and celebrate the best of the region’s professionals under 35.

Mark has recently joined the committee for the Merseyside Branch of the Chartered Institute of Taxation and has been a mentor for the Institute of Chartered Accountants in England and Wales BASE programme on a number of occasions.

“I’m over the moon to have been shortlisted for this award, the competition is incredibly tough and there’s a lot of great talent in the region. DSG has been a great firm to build my career with and I’ve had the opportunity to really develop my interest and experience working across different areas of the practice. I’m looking forward to furthering my career with DSG and continuing to develop my expertise within the field of tax.”

“It’s fantastic to have Mark shortlisted for this prestigious award. He is one of our most promising young accountants and it’s great to see him named among the best in the North West. Mark makes a significant contribution to the business and definitely has a very bright future ahead of him.”

The Insider North West Young Professionals Awards 2016 will be announced on Thursday 21 April.