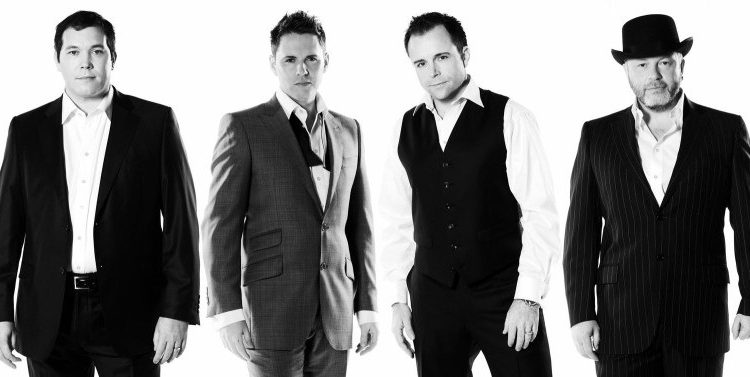 It may be dark and dreary outside but The Epstein Theatre has plenty of fabulous shows to lighten up your November! The theatre on Hanover Street offers a real variety of shows – from family fun to girls’ nights out – and there is a real Irish theme to this month’s offering.

Things will definitely be hotting up on Friday, 6th November when The Dreamboys bring plenty of muscle, magic and mayhem to the Epstein’s stage!

One of the UK’s top male glamour shows, these incredible stripping hunks provide the perfect girls’ night out.

Having appeared on some of the UK’s biggest shows, such as The X Factor, Britain’s Got Talent, Celebrity Big Brother, Loose Women, This Morning and The Only Way is Essex, as well as massive worldwide sold out tours, The Dreamboys have earned themselves the title of the only male strip group in history to have celebrity status! Their action packed two hours show will literally have you begging for more!

Next up, world-renowned comedy hypnotist Simon Warner who will bring the glitz and glamour of Las Vegas hypnotists to Hanover Street on Wednesday, 11th November.

In this lively, vibrant show, Simon Warner, who has hypnotized over 6,000 people worldwide, from the Canary Isles to the United States, will take you to a world where anything and everything is possible – all through the power of hypnosis.

Whether you choose to sit back and enjoy the show or take part on stage, you will be amazed and entertained and laugh your socks off throughout the show. Bring yourself, your family, your friends and your chuckle muscles and embark on the hypnotic ride of your lives. Breathe in deeply…

Join your favourite jocks, brainiacs, thespians and skater dudes and follow the antics of East High’s most popular student and “the new girl” as they fall in love and discover a shared passion for singing. When they decide to audition for their school musical, they send shockwaves through their social cliques and turn East High as they know it, upside down.

Featuring all of the chart topping songs including We’re All In This Together, Stick To The Status Quo and The Start of Something New, Get’cha head in the game and head down to The Epstein for this all singing, all dancing stage spectacular.

From Monday, 16th to Friday 20th November, the UK’s largest youth drama festival comes to The Epstein.
Shakespeare Schools Festival charity works with over 1,000 schools enabling them to bring their interpretations of Shakespeare to 130 professional theatres across the UK. The Festival gives young people chance to gain professional experience and perform in front of a paying audience whilst bringing The Bard’s works to life.

Panti landed herself in a media storm christened ‘Pantigate’ which rocked Ireland in 2014. Soon after, she became a Youtube sensation when a speech she made about homophobia was described as “the most eloquent Irish speech” in 200 years by an Irish Times columnist.

Join her in the riotous stand-up show about life after Pantigate which has played to rave reviews and chock-a-block houses across Ireland.

On Thursday, 26th November, critically acclaimed Irish folk singer Cara Dillon brings her moving blend of traditional folk songs and her own compositions to The Epstein Theatre. Cara has a rare talent and a staggeringly beautiful voice with the ability to reach inside the soul of a song. Whether she’s singing her native traditional songs of lost love and emigration or their original compositions, you’ll be hard pressed to find a more emotive and captivating performer.

Also from Ireland, exciting folk group The High Kings, will play at The Epstein on Friday, 27th November.

The true heirs of Ireland’s folk heritage, The High Kings showcase their incredible versatility and skills as multi-instrumentalists, playing 13 instruments between the four of them, bringing a rousing acoustic flavour to old favourites and brand new songs.

Having sold out across the world and achieved multi-platinum status, The High Kings are in high demand. They will perform songs from their recent CD release Four Friends Live, as wll as many Irish folk classics including The Rocky Road to Dublin and The Parting Glass.

Following two sell-out runs at the Edinburgh Fringe in 2013 and 2014, Beardyman is currently touring his critically acclaimed show, One Album Per Hour, stopping at the Epstein on Saturday, 28th November.

Travelling at the speed of thought in his music production spaceship, the world-class multi award-winning musician and comedian emits and manipulates any conceivable sound with a manic wit which will have you rocking with laughter and shaking your tail feather as a whole album is created live on stage before your eyes and ears, based on the audience’s suggestions.

Sit back and watch free fireworks at Southport Pleasureland