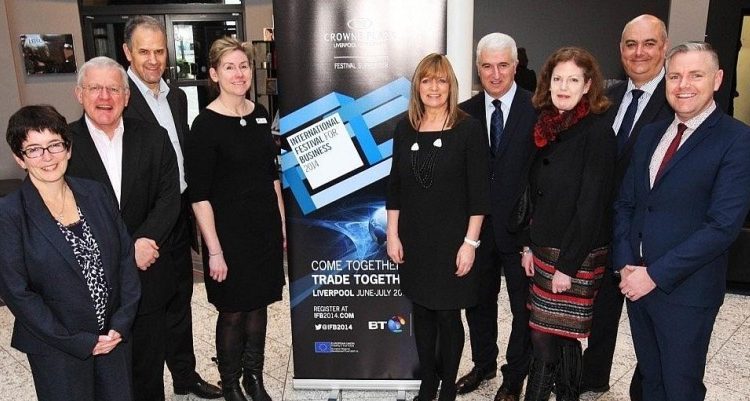 The forum will welcome an international delegation to Liverpool – including leading figures from New York, Shanghai and Copenhagen – to discuss waterside regeneration and city waterfront promotion. They will also take a tour Liverpool’s iconic UNESCO World Heritage Waterfront by both Mersey Ferry and on foot ahead of the main conference at Tate Liverpool on June 19.

“Like New York and the other great waterfront cities of the world, Liverpool is up there with the very best, with millions of people visiting our waterfront every year. The waterfront provides the gateway to a city, and symbolises its drive and ambition as it looks out to the rest of the world. This can be certainly said of Liverpool, which has undergone massive regeneration and growth in recent years.

“We are very proud to host the inaugural International Waterfront Forum during IFB, and to welcome such esteemed global speakers to the city. For many years Liverpool would look to other cities for inspiration on how to regenerate and reinvent itself, but now we have our own success story to share with the world. That said, we also look forward to hearing from our speakers about their own experiences of developing and promoting their respective waterfronts.”

Michael Marrella, AICP, is the director of Waterfront and Open Space Planning for the New York City Department of City Planning. Michael is responsible for directing waterfront policy for the agency and advises the chair and members of the City Planning Commission on the planning and land use issues affecting waterfront and open space areas and climate adaptation planning. Michael serves as the primary liaison to a wide range of stakeholders including elected officials, community organisations, and private sector entities on matters of land use, zoning and economic development related to waterfront and open space.

Michael was also the project director for Vision 2020, New York City’s Comprehensive Waterfront Plan that received numerous awards, including the American Planning Association’s prestigious Daniel Burnham Award for Comprehensive Planning in 2012. Prior to his work on Vision 2020, Michael worked for five years as manager of Environmental Planning on the Freshkills Park project. Michael also previously worked for AKRF, Inc., a planning consulting firm, and for the town of Smithtown, NY.

Dr Stanley Yip is currently the director of Planning and Development with Arup Shanghai, an internationally-acclaimed planning, design and engineering consulting group. He heads the planning and urban design practices of Arup in mainland China. He has been leading a series of major low carbon urban development and eco-planning projects in China, providing innovative implementation advice to local governments.

Stanley is an experienced town planner, land economist and urban designer with more than 25 years of professional and senior management experience around the world, and recently with a particular focus on urban development in Chinese cities such as Hong Kong, Shanghai and Beijing. He will contribute to the panel debate through discussing how culture can shape cities and drive economic growth, urban regeneration and define a city’s image.

Rita Justesen is director of Planning and Architecture at Copenhagen City and Port Development and has worked with the development of Copenhagen for almost 30 years. Rita’s workspace covers the full spectrum of development from longterm strategies and overall structures for complete city areas to concrete masterplans and urban projects.

Planning and Architecture is currently carrying through the development of Ørestad and Nordhavn. Its aim is that development projects shall be followed through to completion to secure the desired quality in city districts, urban spaces and buildings. Additionally the branch has an approval procedure for all building projects, which gives control of the architectural quality and the interaction between building and context.

For further information on the International Waterfront Forum and how to purchase tickets, visit www.liverpoolwaterfront.org

Cavern Club to feature in the IFB 2014

Forbes No1 authority on social media to headline IMUK 2014