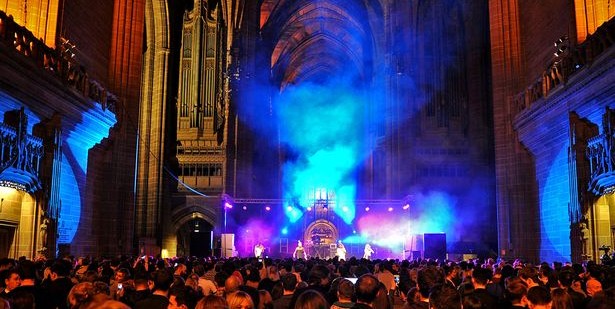 Liverpool Sound City are all set to play us into the Bank Holiday weekend, unveiling a host of local and international acts with crowds expected to flock to the festival’s new site. 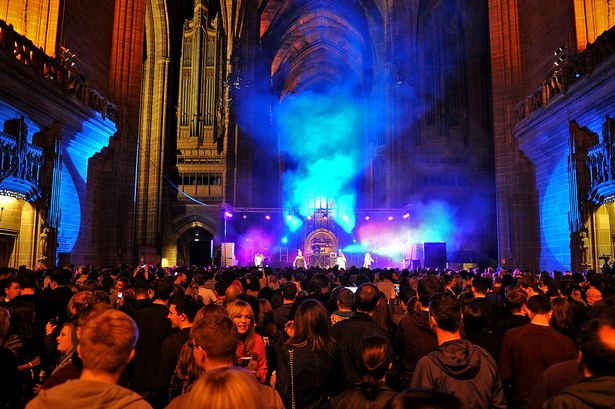 Today (May 22), what organisers claim will be Sound City’s biggest and best festival yet will begin, as music lovers from around the world descend on Liverpool for the many performances taking place across the weekend.

In a new move for 2015, Sound City has transformed Liverpool’s Bramley Moore Dock into a super new festival site.

“The site is quite literally incredible, at once a blank canvas but at the same time a powerfully evocative backdrop of the real Liverpool, its industrial heritage and a once in a lifetime opportunity to breath new life into the sleeping heart of this city.”

Bramley Moore sits on the northern dock system in Vauxhall and is part of the Port of Liverpool.

Delegates at the Sound City conference at the Titanic Hotel, situated next to the Bramley-Moore Dock, were given an exclusive walk through the new festival site as final preparations were being made earlier this week. The site features four main stages – The Atlantic, main stage; The Baltic stage curated by Liverpool promoting team Club EVOL; the emerging talent Cargo stage and its smaller North stage.

There are three smaller stages including The Cavern Stage, Kraken Stage, The Record Store Stage plus the magnificent Kaskelot tall ship which will feature mini parties and exclusive late night DJ sets.

Sound City 2015 is perhaps the most ambitious to date, and this year organisers have made real waves in securing acts. Headliners include The Flaming Lips, Belle & Sebastian and The Vaccines plus big guns Roni Size, Fat White Family, SWANS, The Cribs, Peace and dozens of the best Merseyside bands – it’s a real celebration of local talent.

Aside from the music, there’s plenty more happening, including Tim Burgess of the Charlatans’ Tim Peaks Diner, Lantern Parade, Brazilica and much more.

To round off an amazing weekend, the final day of the festival will see the brilliant Spark! Drummers lighting up the docks. Their amazing spectacle will take audiences on a mesmerising journey that will involve high impact drumming, amazing choreography and stunning lighting.

Finally, in another first for 2015, there’s the comedy tent, organised by Sam Avery from The Comedy Trust.  The comedy tent is set will bring together some of the best Northern comedians on the circuit and will also feature the ever-popular The Gong Show.

Last entry to the site will be at 9:30pm every evening. There will be no re-entry onto the site once you leave. The festival site will have events running until 3am each night.

For more info about the entrance policy visit www.liverpoolsoundcity.co.uk

Seven giants of comedy in Liverpool this December