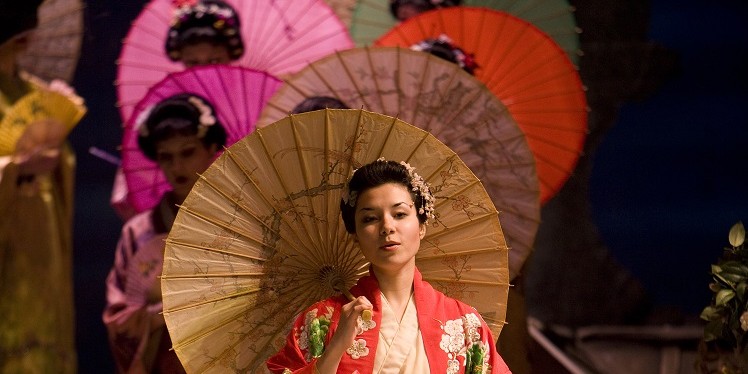 Iconic operas La Traviata and Madama Butterfly will come to the Liverpool Empire Theatre in April this year, as part of national Spring tour of Britain and Ireland. 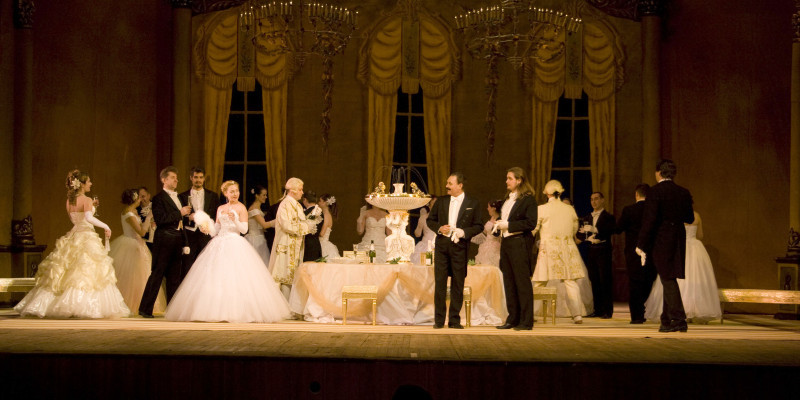 Staged by award winning producer Ellen Kent, theatregoers will have the opportunity to see stunning productions of Verdi’s La Traviata on Friday, 3 April, and then the Puccini masterpiece Madama Butterfly the following day, on Saturday, 4 April. The British and Irish tour starts on 5 February in Llandudno with Madama Butterfly, and finishes on 3 May in Dartford.

This is the latest tour for award winning producer Ellen Kent, who recently won praise for her national tours of Nabucco, Aida and La Boheme. All soloists in Kent’s operas have been specifically chosen and directed by the producer, and feature highly acclaimed international performers.

Kent has had many adventures over the past 22 years producing Opera’s from Eastern Europe, working with Presidents and National opera houses throughout. Even encountering the Orange Revolution in Odessa, which broke out during her rehearsals of Butterfly and Traviata in 2005.

This year Ellen set out to work on a tour with The Ukraine National Opera in Kharkiv and found herself 6 miles from a very bloody civil war.

Kent thought: “here we go again…” But as she previously said in 2005 “The show must go on!” and was still prepared to travel and rehearse in Kharkiv.

However, Ellen was persuaded by the British Foreign Office not to travel due to fatalities and kidnappings, not to mention bombings in the area. With the support of the Kharkiv Opera, Ellen managed to transport the complete sets, props and costumes for all three productions, despite being close to the bombing and insurgents robbing transport on the Ukrainian roads.

Ellen moved the entire operation to the safe haven of the National Opera of Moldova where she has worked for over 18 years. Ion Grosu the director offered Ellen the entire support of the opera house to enable Ellen to complete the project. The company on tour, where the operas are receiving excellent notices, includes Ukrainians, Moldovans and Russians all working together in perfect harmony, it seems that Ellen’s powers of diplomacy have succeeded where many heads of state have failed in recent days.

Madama Butterfly is Puccini’s popular tale which the hit West End musical Miss Saigon is based. International Korean soprano Elena Dee, whose emotional portrayal of Mimi in Ellen Kent’s recent La Boheme received such high praise, will be singing the role of the tragic Cio Cio San. Zinevych who’s Rudolpho in La Boheme so captured hearts and who has sung with Pavarotti returns with the 70 strong company to perform his Pinkerton. Making his debut as Pinkerton in an Ellen Kent production is the Spanish Tenor Giorgio Meladze. Originally from Georgia, he has acquired critical acclaim in Europe, singing in Milan, Spain and across Europe. Giorgio Meladze sang with Jose Carreras at the Austrian opera festival Tiroler Festspiele Erl this summer.

Music is provided by the esteemed Chisinau National Philharmonic orchestra and conducted by Nicolae Dohotaru.

“Her voice has clarity and soaring emotion.” The Stage, Kevin Berry (Elena Dee)

Madama Butterfly – the heart-breaking story of the beautiful Japanese girl, who falls in love with an American naval lieutenant, resulting in heart wrenching drama. This magnificent production boasts beautiful sets and costumes and a large live orchestra. Highlights of the performance include the melodic Humming Chorus, the moving aria One Fine Day and the unforgettable Love Duet.

As with any of Ellen Kent’s shows all of the soloists have been hand-picked and directed by Ellen to create a visually beautiful and moving production of Madama Butterfly.

“Above all it was a production which captured the raw emotion at the centre of the opera. Don’t take a handkerchief with you, take a box of them.” The Independent

“This is a butterfly to cherish.” Manchester Evening News.

The love story that gripped Paris, back by public demand.

A tragic tale of searing passion and memorable music, La Traviata is Verdi’s outstanding interpretation of one of the most popular love stories of the 19th century, La Dame aux Camelias.

Based on a true story, it tells of the passionate loves and life of the consumptive courtesan, Violetta. There are many echoes of Verdi’s own life in Traviata and he threw himself into the music. The highlights include the Brindisi, the best known drinking song in opera, the duet Un Di Felice and Violetta’s haunting aria Addio Del Passato.