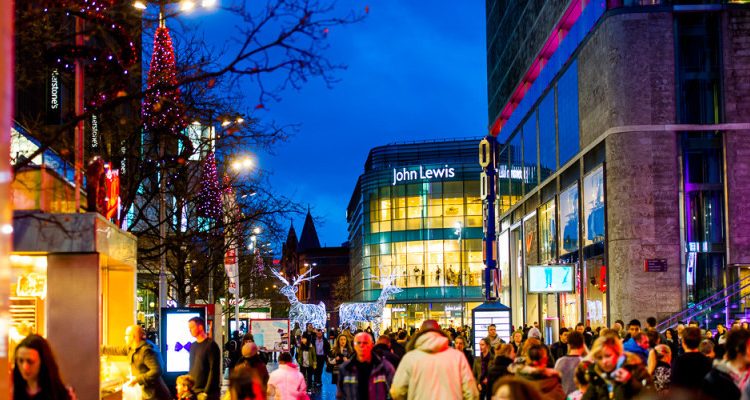 Liverpool ONE are expected to be feeling pretty chipper this year, after it was reported they were expecting a record end to the year after sales began on Boxing Day. It was suggested that the shopping district was expected to see up to £6m being spent during the first weekend of sale shopping. These figures, which represent a 16% increase compared to the same period in 2013, will make it the most successful Boxing Day since the retail and leisure complex opened in 2008.

“We are delighted with this continuing success at Liverpool ONE.

“We experienced a very strong first half of the year [in 2014] and this trend has continued right through Christmas.

“These are significant increases when we look at the same period last year and we are confident growth will continue into 2015.”

With almost one million people expected to visit by early January, Liverpool ONE is set to maintain a healthy 5% increase in visitor numbers compared to the same time last year. Gift card sales grew by 16% with almost £1,000,000 sold for Christmas alone.

“We put a large amount of our great success story down to shoppers not just visiting simply to enjoy the fantastic and varied offer from our retailers but coming for the whole Liverpool ONE experience. Our restaurant offer has increased this year with new names including Cote, Tortilla, Bill’s, Ed’s Diner and Manzo driving a growth in restaurant sales of 8% and firmly establishing Liverpool ONE as the number one leisure destination for the north.

“The success of Liverpool ONE’s offer throughout the year included the popular Ice Festival and affirms Liverpool ONE’s stance as a unique destination to both shop and enjoy quality time with friends and family and these are all factors in our great success story.”

Liverpool ONE enjoyed a large number of individual successes during 2014, with more than 20 new stores launching, including many higher end retailers, such as Michael Kors at Peter’s Lane. Ted Baker London and Coast have both up-sized to larger stores and Zara chose Liverpool ONE as the destination for its North West flagship store. Toys R Us and the Samsung Experience Store have also opened.