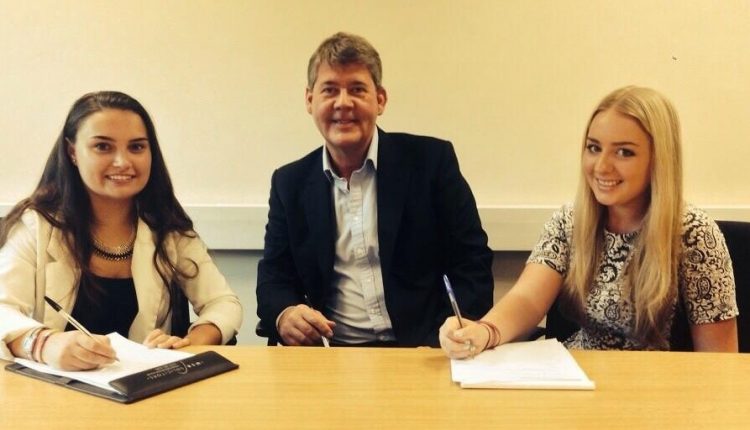 A Liverpool law firm has launched an apprenticeship scheme for aspiring lawyers as part of a commitment to nurture young legal talent. 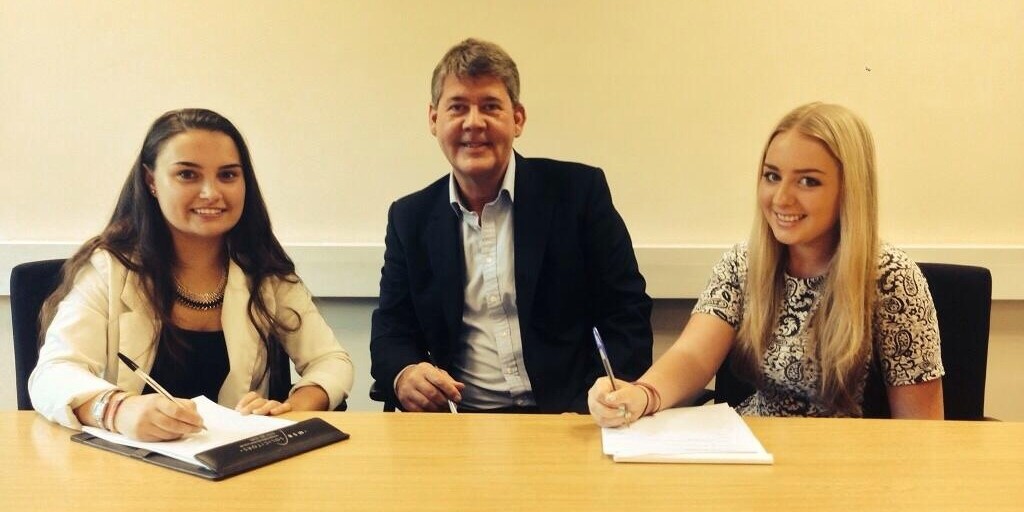 MSB solicitors have appointed their first two legal apprentices, as part of the scheme aimed at giving young people alternative routes into the industry.

Georgia Kearney and Jess Irons have started on an eighteen month programme with MSB that will see them trained in conveyancing and family law and practice, under the supervision of Helen Miller, managing director of the Law Academy and Jonathan Bourne of Damar Training, as well as partners at the firm.

Both young ladies will undertake level four ILEX examinations before commencing employment as paralegal lawyers with the firm.

Paul Bibby, managing partner at MSB Solicitors in Liverpool is an advocate of the apprenticeships scheme and was responsible for appointing the two young ladies following a review of their junior workforce earlier this year.

“Apprenticeships do not only offer opportunities for the learning and development of young people through on the job training, but can be an effective way of harnessing new talent.

“Both Georgia and Jess have demonstrated a high level of professionalism throughout their time here at MSB, and their appetite to enhance their understanding of the industry has been fantastic to see. So much so that we simply had to look at an alternative route to learning and training.

“I am not always and wholly a believer in the usual academic route to becoming a lawyer. Further and higher education just isn’t for everyone and it’s time there was a more flexible, dynamic and accessible route into law.

“I have often seen young people, who have not followed the usual university progression into law demonstrate an enormous amount of potential. Georgia and Jess are a prime example of that, have shown much promise throughout their early careers here and I predict big things for both young ladies and their continued careers in law.”

MSB currently employ two trainee solicitors and are due to appoint two more September this year. The firm also pays for the ongoing training of nine fee earning staff who are also undergoing examinations with the Institute of Legal executives.

MSB have three offices in the Liverpool City Region, in Allerton, Wavertree Technology Park and the city centre and have been nominated as legal firm of the year at the City of Liverpool Business Awards.