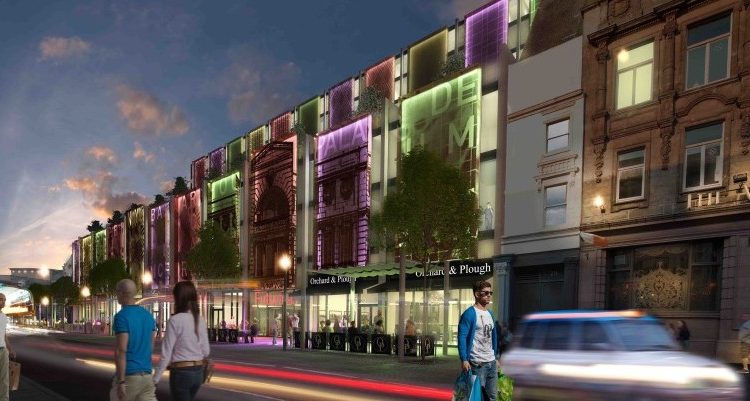 The £35 million regeneration of Lime Street in Liverpool will go ahead after the High Court rejected a bid by SAVE Britain’s Heritage to overturn planning permission. 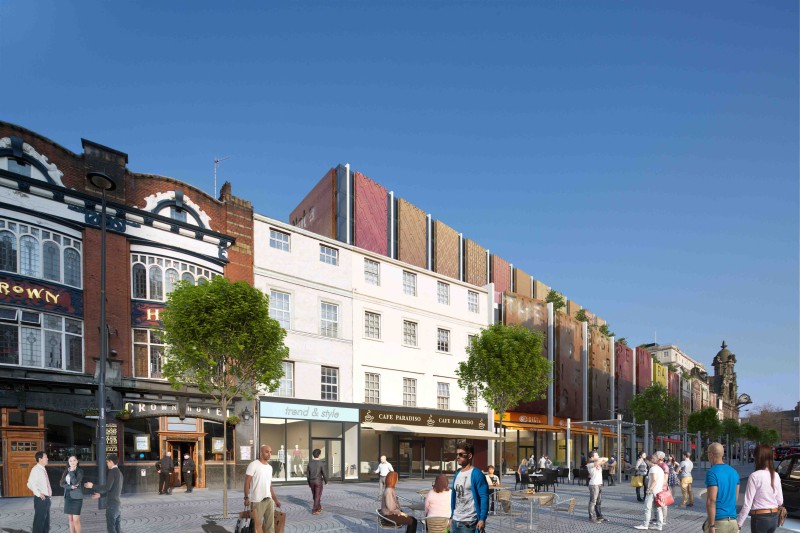 The scheme involves redevelopment for mixed use including commercial, retail and leisure uses with hotel and student accommodation. It will be followed by a proposed entertainment and media hub in the former ABC Cinema, which would be restored.

In a judgment handed down this week, The Honourable Mrs Justice Patterson DBE has dismissed the substantive application for a Judicial Review, which was made by SAVE Britain’s Heritage on the grounds that the city council had failed to notify the DCMS (Department for Culture Media and Sport) and UNESCO’s World Heritage Committee, in breach of planning guidance.

Judge Patterson rejected the claim because Historic England (formerly English Heritage) were consulted and did not raise any objections, nor request the scheme be called in for scrutiny by Secretary of State at the Department for Communities and Local Government, Greg Clark.

She describes the evidence provided by the city council at the hearing in December as “impressive and clear”, concluding that the local authority had properly considered whether the scheme would have an impact on the Outstanding Universal Value of the World Heritage Site.

Judge Patterson also notes that it would cause “considerable problems” for the World Heritage Committee – which only meets once a year – if it had to consider all planning applications that could have an effect on the Outstanding Universal Value of World Heritage Sites.

“We were confident that we had properly and rigorously considered this application following all of the relevant Government guidance, and it is pleasing that the High Court has come to the same conclusion.

“Lime Street is a key gateway route in the city centre that is in desperate need of investment and upgrading. The scheme went through a very rigorous evaluation before being approved.

“We want to get on with allowing the developers to invest in their vision and bring Lime Street up to a much higher standard than it has been for decades and one that is fitting for a major entry point into the city centre.

“This legal move, which I believe was based on spurious grounds, was an attempt by outside interest groups to delay much-needed regeneration, and fortunately the High Court has seen right through it.

“I look forward to us now being able to crack on with the much needed transformation of this area of the city centre which will no doubt act as a catalyst for further investment and development in the area.”

It has not proved possible to save the facade of the former Futurist cinema within the new scheme because of its poor structural condition following deterioration over a number of years, and this decision has been accepted by the Save the Futurist campaign group.

“Considerable efforts were made to save the Futurist including commissioning two surveyors’ reports both of which concluded that its condition was so poor that there was simply no way it could be salvaged.

“Our commitment to heritage has seen the number of buildings on the at risk register at a 24 year low and some, including the Royal Insurance Building and Stanley Dock, brought back into viable use due to our intervention. Sadly in this case independent experts have told us that the Futurist simply can’t be saved.”

“We are pleased that the High Court has ratified the local planning decision and found that it was made in an entirely appropriate and thorough way.

“Lime Street urgently needs this project to happen. There has already been a cost associated with a delay that has impacted on the project’s financial viability. On a positive note we have exchanged with a major fund before Christmas and can now hopefully get on with early demolition and delivery of a new vision for Lime Street.”

Warrington’s Claremont calls for votes for the European Business Awards