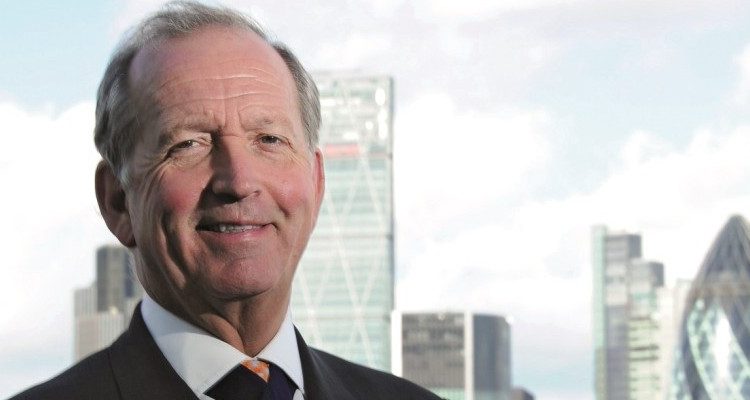 Lord Mayor Yarrow, the 687th incumbent of a role that dates back centuries, plans on taking Liverpool to the world as he leads UK business delegations to more than 25 countries over 100 days abroad.

“My job is to act not just as a salesman for the financial and professional services based in London’s ‘Square Mile’ but also to work with powerhouse cities like Liverpool. With a family background in shipbuilding and the maritime industry I know all too well that when our leading cities join forces, and are pulling in the same direction, this can only help build a stronger, more sustainable economy.

“I want to hear from local businesses and policymakers so that I can represent their interests better during my overseas visits and help bring in new business for our world-class firms up and down the UK.”

During his visit to Liverpool, hosted by Professional Liverpool and Liverpool in London, Lord Mayor Yarrow attended a meeting hosted by Liverpool Vision to meet business leaders and develop a better understanding of the city’s economy.

Lord Mayor Yarrow, a leading capital markets banker, was shown the successes of the International Festival for Business (IFB) 2014, which featured a week dedicated to financial and professional services; and the plans for IFB in 2016.

There was a meeting at the offices of national law firm DWF attended by key financial and professional experts. This session was carefully orchestrated to provide an opportunity for the Lord Mayor to hear from representatives from the sector which employs 60,000 people across the region and contributes £8.3 billion to the economy, making it one of the UK’s major centres for financial and professional services.

The Lord Mayor visited the office of Pershing (a BNY Mellon company) to hear first-hand why the company chose Liverpool as its North Shoring destination and the growth it has experienced since relocating its back office function to the region.

The final stop of the his visit took the Lord Mayor to the office of Rathbones Plc, one of the UK’s leading providers of investment management services where he was given some insight into the wealth management sector of Liverpool. In the past, the sector was stated as the largest wealth management centre outside of London, according to the Compeer report.

On Friday the Lord Mayor will then go on to visit Manchester and hold similar meetings.

“It is a great opportunity to welcome the Lord Mayor of London to Liverpool to showcase our vast professional services sector and how it plays an important role in the success of the Liverpool City Region. National companies are increasingly choosing Liverpool as their base of operations, which is testament to the opportunities the city provides including a highly skilled workforce.

“It is important for the new Lord Mayor to be fully briefed on what is happening in the sector outside of London and this is an excellent opportunity to highlight key issues in the sector which he can share with his peers.”