Lovehistory, producers of the popular ’Catacombs of Liverpool’s Dark History’ series and Liverpool’s most animated storytellers, are set to delve deeper into Liverpool’s gruesome history to bring its murderous past to a stage setting for the very first time. 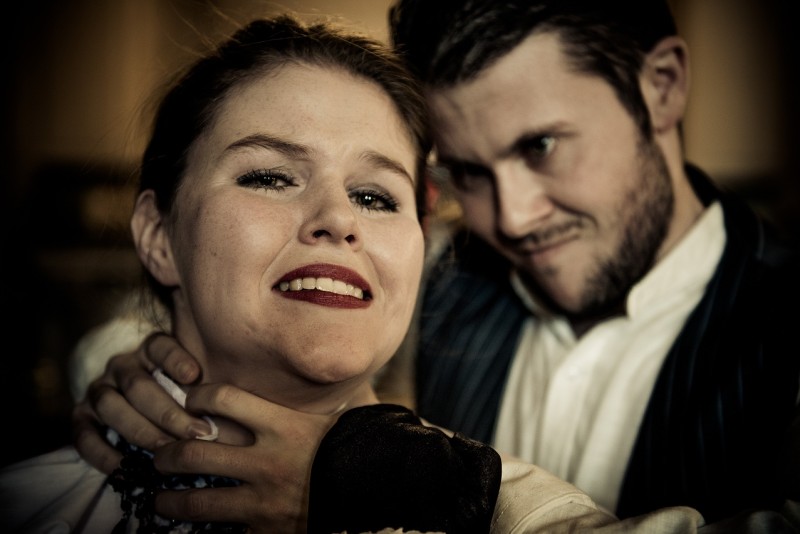 In collaboration with Bill Elms, St George’s Hall’s famous Concert Room will host an evening of murder, mayhem and mystery in November, re-enacting four of Liverpool’s most notorious historic murders. A team of versatile actors in period costume, along with effective lighting, sound effects and projection will transport you back to the gruesome setting of the past.

In a scandal that swept Victorian England, Florence Maybrick stood accused of poisoning her, husband the Liverpool Merchant, James Maybrick. Set to a backdrop of adultery and accusations, the Maybrick trial was the most infamous of its time, revealing a tale of deceit, affairs and murder.

Also featured will be another crime that shook the city; the Tithebarn Street Outrage. The murder of Richard Morgan in 1874 shocked the people of Liverpool. A hard working young man killed by a gang of young men, led by the infamous John McCrave, they became known in the media as The Cornermen.

In a time when the ports of Liverpool saw ships come and leave to all four corners of the earth, one Captain became synonymous with cruelty and torture on the high seas. Henry Rogers, Captain of the Martha Jane, stood trial in St George’s Hall for the torture and murder of his one of his own crew, Andrew Rose. In a tale of shocking brutality, the story of Andrew Rose is a tale of treachery by the hand of a sadistic sea captain.

In the slums of Victorian Liverpool, where life was unforgiving two women were to write their names into Liverpool’s dark history by collecting on the life insurance of their nearest and dearest. The Black Widows of Liverpool were suspected of the cold blooded murder of at least five people for monetary gain. Mary Higgins and Catherine Flannagan, were executed at Walton Gaol following their trial at St George’s Hall and have gone down in Liverpool history as two of the most callous and corruptible murderers ever!

These shocking tales are guaranteed to chill you to the bone on one of the darkest nights of the year, Friday the 13th.

“We are very excited about bringing some of our darkest stories from Liverpool’s past to stage and delighted to be co-producing with Bill Elms, this theatrical project is a first for Lovehistory and we hope to return with changing themes.”

“We have been working with Lovehistory for many years now and it’s great to be collaborating with Judy to bring to life these notorious murders. Following the success of Tales from Haunted Liverpool, I am convinced that the people of Liverpool will love this new theatrical evening. Liverpudlians are mystified by the city’s history and the macabre and, of course, the date fits perfectly…”

City of Liverpool College sweeps the board at Pharmacy Awards