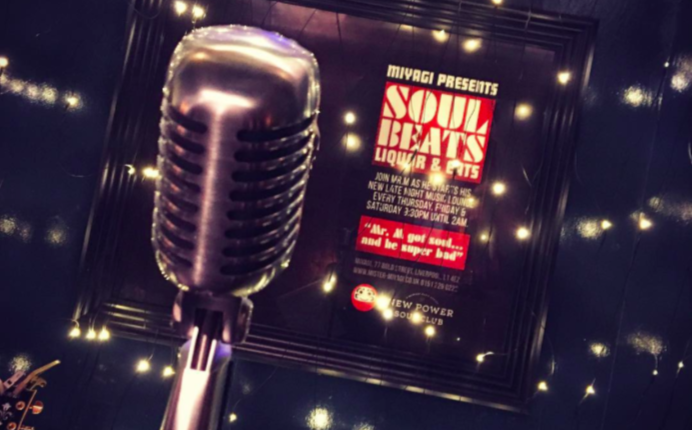 Liverpool is a city with soul. And Bold Street restaurant Miyagi brought that soul scene straight to its diners by launching ‘Soul, Beats, Liquor & Eats’ evening last Thursday (7.10.16) brought to you in partnership with the New Power Soul Club. 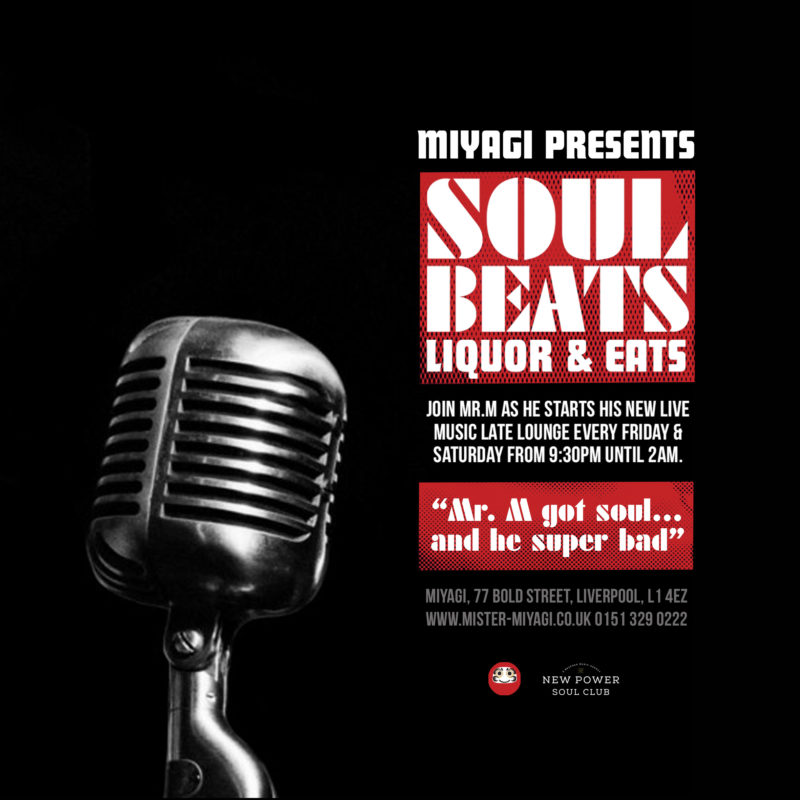 The inspiration for the new live music night comes from the building itself. The space, formerly Café Berlin, was an infamous hang out for Liverpool’s new wave musicians and northern soul lovers during the 1980’s.

“The building has such a history and we wanted to make the most of its heritage. Many people come in and say they remember it as Cafe Berlin.

“It had some great gigs in here, and was featured on The Tube when Thomas Lang played in here.

“Most famously Cafe Berlin featured on the front of Icicle Works – The Small Price of a Bicycle – which was a really iconic album cover.

“We wanted to take the place back to its roots to try and recreate some of those magical soul nights, but also we are keen to give it a modern edge by adding our own Miyagi twist.

“Which is why we have launched a new late night small plate menu and some bespoke cocktails.”

The kitchen and bar have worked closely side by side bringing together unique food and drink combinations revamping a few classics such as:

Mr. M’s new late night food and cocktail menu is sure to be food and music that’s medicine for the soul.

Running every Thursday, Friday and Saturday nights from 9.30pm this delightful fusion is the perfect solution for those looking to eat an eclectic selection of soul food snacks & cocktails at a casual pace, after a show or even to get their late night started off right #soulbeatsliquorandeats