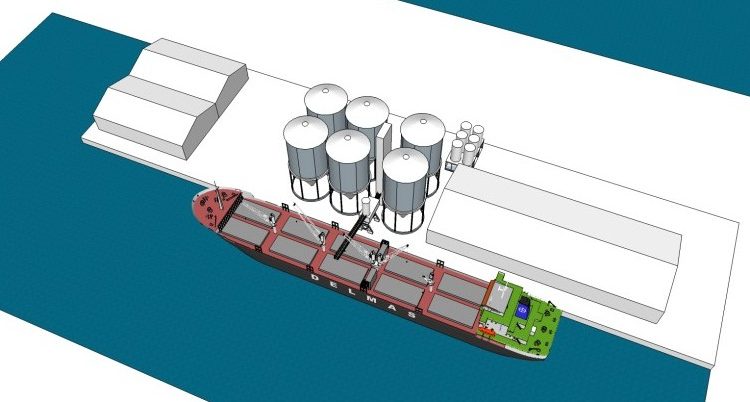 Newport Industries is set to invest £7m in the creation of a new bulk handling facility at the Port of Liverpool, to service increased demand from its North West customer base. 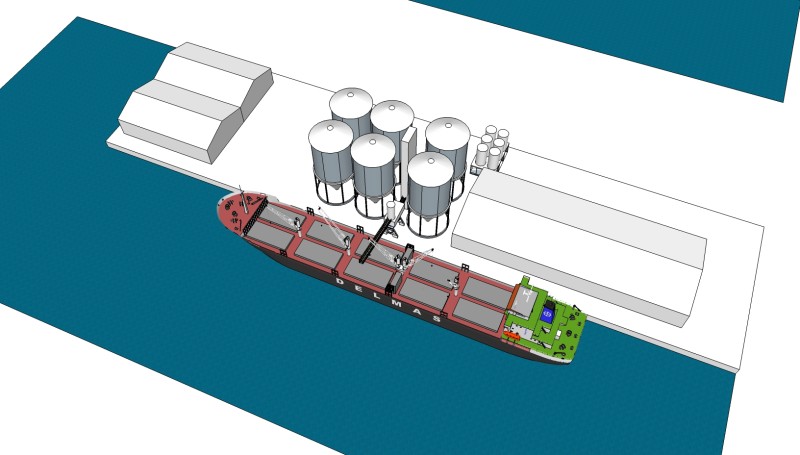 The facility at Canada Branch Dock will allow the global firm – which specialises in importing dry bulk chemicals to the glass, adhesive, detergents, chemicals and feed industries to meet increasing demand.

Newport Industries has been a customer at Peel Ports’ Runcorn Docks site since 2009.

Its partnership with Peel Ports has seen the company grow bulk volumes handled through Runcorn by 200% in five years.

Investing in a new Liverpool-based facility, will allow Newport Industries to take advantage of a purpose built facility with direct deep water access. By continuing operating from its existing site at Runcorn Docks, it will create an all water ‘highway’ into the manufacturing heartland of the UK, via the Manchester Ship Canal – reducing costs and CO2 emissions.

When Peel Ports’ £300m deep water container terminal Liverpool2 is completed later this year, it will open future opportunities for Newport Industries to tap into far eastern markets, potentially facilitating direct calls for large container ships to and from China.

Liverpool2 will enable the port to handle the largest container ships in the global fleet, while at the same time doubling its container capacity to 1milllion TEU.

“We are delighted to announce the development of Canada Dock, a state of the art facility which will combine our technical expertise of the products we supply, with a 24 hour supply chain for all our consumers in the North of England. The facility will have an initial capacity to supply over 500,000 tons by 2017, with an additional 300,000mts by 2020.”

Newport Industries has also signed up to Peel Ports’ major carbon emission initiative, Cargo200, which aims to reduce UK freight mileage by 200million miles over the next five years.

Peel Ports aims to recruit up to 200 cargo owners, importers and exporters to support the campaign, by switching current delivery of ocean freight from south east ports to the centrally-located Port of Liverpool, if their goods start or end their journey in the north of the UK.

“We have a long-standing partnership with Newport Industries, which has seen the volume of bulk products it handles grow by more than 200% in just under five years.

“The new bulk handling facility at the Port of Liverpool will allow these volumes to grow further. The project emphasises both the strength of our regional logistics market and the opportunity that our £300m Liverpool2 development will offer to customers.

“Looking at the geographical demands of the UK, 50% of the demand for cargo comes from the northern half of the country – which makes the Port of Liverpool strategically important as the most centrally located port in the UK.

“In reality though, only 8% of goods arrive in the UK through this route. That means the majority of cargo destined for the north currently has to be transported via road or rail, incurring hundreds of additional miles, burning fuel, creating road congestion and adding to carbon emissions and costs.

“Peel Ports’ network of terminals in the North West, including Liverpool2, opens up a viable and cost effective alternative which we are urging cargo owners and logistics operators such as Newport Industries to consider.”

Work on the first phase of construction will begin February 2016.

The magic continues for Spark-Up in 2016