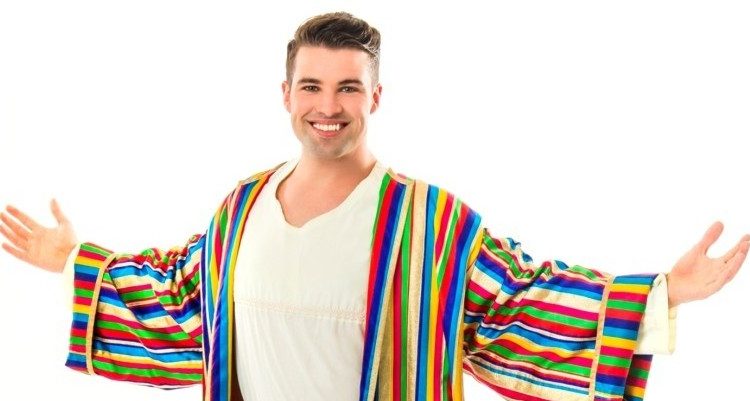 It might be cold, wet and miserable outside, but St Helens Theatre Royal has a sizzling season of events for us to look forward to this spring/summer 2016. 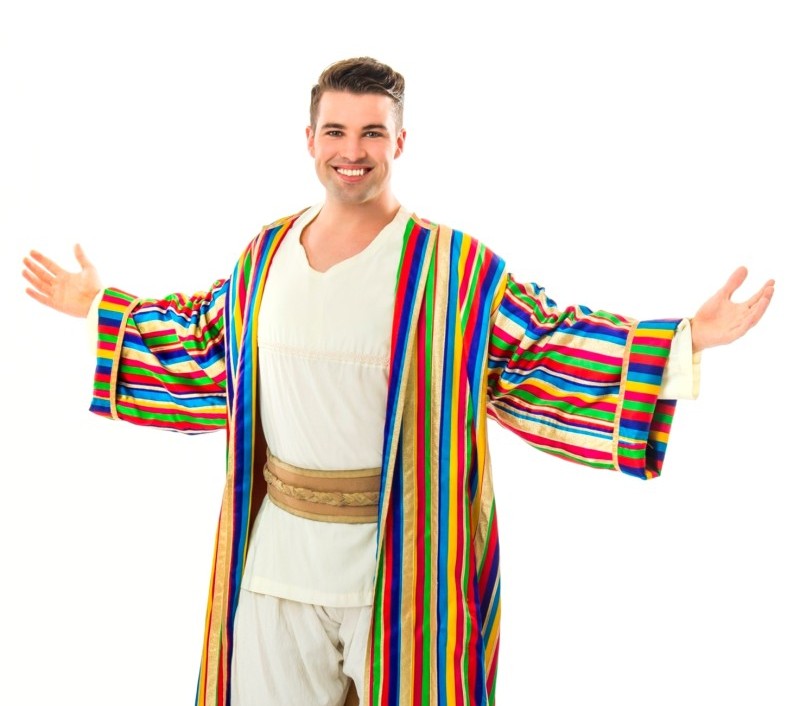 The Theatre on Corporation Street has welcomed in the New Year by launching its brand new brochure outlining a superb programme of entertainment for 2016. From live music concerts and world class tribute acts to comedy, impersonations, pantomime and dance, there really is something for everyone, from young to old, whatever their tastes.

If January is giving you the Moody Blues, then head to the Promised Land of St Helens for A Vision of Elvis on 30th January!

Recognised as Europe’s most authentic and successful tribute to the king of rock’ n’ roll, A Vision of Elvis stars Rob Kingsley and his sensational band and singers and brings you a full evening of live music featuring all the classic hits, from the hip swivelling 50s Sun Studios to the electrifying Jumpsuit Concert Years.

It’s party time on February 4th as the legendary That’ll Be the Day show celebrates a special birthday with a brand new 30th anniversary special.

Take a trip down a musical memory lane as the nation’s favourite rock ’n’ roll variety spectacular returns to St Helens Theatre Royal with a fantastic line-up of knock-out hits from the 50s, 60s and 70s. Expect an evening of music, laughter, non-stop nostalgia and a real party atmosphere!

Ey up! Bring your flat cap along to see The Bradshaws, which pops into St Helens on February 5th as part of its ‘Goosed’ Theatre Tour.

Unbutton your cardigans for a rib-crackingly funny night out with Buzz Hawkins and The Bradshaws. There’s danger of peace breaking out in their little two-up, two-down and the family gets into a real flap when a drunken Billy brings a bird home…

Audiences will be flying high on February 13th following an evening of live music from The Illegal Eagles 2016.

The world’s official number one Eagles tribute continues to amaze crowds with its tight harmonies, attention to detail and uncanny ability to capture the emotion of Don Henley’s vocals. This latest production features all the classics Hotel California, Take It Easy, Lyin’ Eyes, Desperado, Life in the Fast Lane, Take it to the Limit and many more!

Adding an exciting splash of colour to brighten up a dreary February, Joseph and the Amazing Technicolor Dreamcoat comes to St Helens from February 23-27.

X-Factor winner Joe McElderry (pictured) will slip into the dazzling coat of many colours to play the lead role in the UK’s longest running musical.

Bill Kenwright’s vibrant and exciting retelling of the biblical story of Joseph, his 11 brothers and the famous coat will appeal to the young and old alike and is crammed with hits from Any Dream will Do, Close Every Door and Jacob and Sons.

Enjoy an evening with one of the country’s finest vocalists and impersonators, Joe Longthorne on March 4th.

Adored by fans all over the world, Joe has enjoyed a career spanning over three decades, performing worldwide including an appearance at the London Palladium with Bob Hope and now you can catch the legendary performer at St Helens Theatre Royal. Joe’s repertoire includes hundreds of the world’s top singers from Shirley Bassey to Sir Tom Jones.

One of the jewels in the crown of St Helens Theatre Royal’s varied programme,  The King of Pop who will take his rightful place on stage on March 5th.

King of Pop: The Legend Continues is led by the world’s number one Michael Jackson tribute artist, Navi, who will have you believing that, just for a moment, he is still alive!

Navi is the only MJ tribute ever invited to perform for Michael himself who actually gave Navi a standing ovation!

Along with his live band and dancers, Navi brilliantly recreates all the Jackson classics in a show that will take you closer than you ever imagined to an original Jackson concert.

Next, the theatre moves from moonwalking to moonlit lakes as the Vienna Festival Ballet pirouettes into St Helens with its mesmerising production of Swan Lake on 6th March.

This beautiful ballet tells one of the best known love stories capturing the whole range of human emotions from hope to despair, terror to tenderness and melancholy to ecstasy.

Legends of Irish music, The Fureys will have everyone jigging in the aisles when they come to St Helens Theatre Royal on 9th March.

The band formed in 1978 and are renowned for their hit songs I Will Love You, When You Were Sweet 16, The Green Fields of France, The Old Man, Red Rose Café, From Clare to Here, and Her Father didn’t Like Me Anyway, which stir many emotions from tears and laughter to sadness and joy.

MAGIC – A Kind of Queen, will recreate all the excitement of a Queen live show on 18th March.

Hailed the first and best Queen tribute, Magic will perform all of the band’s greatest hits and more. And with five vocals to back up the powerful lead vocal of the dynamic Roger Brown, Magic can recreate the complex harmonies that are Queen’s trademark.

This, along with two guitars, bass, drums and the brilliant piano and keyboard skills of Dave Chapman, produces a sound that is second to none.

And for Easter, St Helens Theatre Royal has an egg-stra special treat in store. TOWIE star Lewis Bloor will get the theatre’s Easter panto off to a flying start when he stars in Peter Pan.

The Essex Hunk will swap Brentwood for St Helens then fly off to Neverland on a magical adventure. He is joined by an all-star cast featuring Laura Gregory as Wendy, Radio City’s Claire Simmo as Tinkerbell, Phillip McGuinness as Captain Hook, Charlotte Gallagher as Tigerlilly, Liam Mellor as Smee and Simon Foster as Mrs Smee.

Peter Pan runs from 25th March to 17th April and will be choc-full of glitz, glamour, songs dance, family fun and slapstick comedy!

Out of the Blue, The ELO Experience will bring the music of one of the most important and influential bands in the world on 22nd April.

The ELO Experience will pay a sensational tribute to The Electric Light Orchestra by bringing their 10th Anniversary Tour to St Helens Theatre Royal.

With an amazing string section, a stunning light show and large screen projection, this is an experience not to be missed!

Back by popular demand following their performance in St Helens last year, Let’s Hang On will return to the theatre on 6th May.

Let’s Hang On takes the audience on a musical journey through the history of the one of the most successful bands of all time – Frankie Valli & The Four Seasons.

They will perform an anthology of hit songs including Can’t Take My Eyes Off You, Bye Bye Baby, December 1963 (Oh What a Night), Walk Like a Man, Sherry, Working My Way Back To You and Big Girls Don’t Cry.

Described as “dynamite” by Frankie Valli himself, these guys wil have you on your feet and dancing the night away.

Another power house performer, Andrea Pattison will tell The Dolly Parton Story in St Helens on 7th May.

A lifelong Dolly fan, Andrea has been a professional singer for many years during which time lots of people likened her sound and style to the legendary country singer, so she decided to perform a show dedicated to Dolly.

As well as celebrating the life and music of Dolly Parton, Andrea incorporates her own experiences and music into this unmissable show.

True legends of Irish folk music will bring the spirit of the Emerald Isle to St Helens Theatre Royal on May 8.

Former members of The Dubliners, Sean Cannon, Eamonn Campbell, Gerry O’Connor have joined forces with Paul Watchorn, one of the best string banjo players in Ireland, to form The Dublin Legends.

‘The Lads’ are looking forward to entertaining old and new fans and will play all the classic Irish songs from Whiskey in the Jar, Dirty Old Town, The Wild Rover, The Rare Auld Times, Finnegan’s Wake and many more.

Strictly fans will be excited to learn that one of the professional dancers from the hit BBC show will be showing off his fancy footwork in St Helens on 15th May.

After his successful UK tour – Life Through Dance, Pasha Kovalev, winner of Strictly Come Dancing 2014, presents his new dance spectacular – It’s All About You.

Enjoy an evening of your favourite music, fabulous dancing, and fantastic costumes which is guaranteed to get you in the mood for dancing!

The legendary Chicago Blues Brothers are back on their brand new Jailbreak Tour and will be dropping into St Helens on 21st May.

Celebrating over 30 year of the Blues Brothers phenomenon, this non-stop review is packed with over two hours of the very best Blues, Motown and Soul music from The Blues Brothers movies including Everybody Needs Somebody, Soul Man, Respect and Shake a Tail Feather.

Also sweeping into St Helens on May 25 is the hilarious comedy play Dirty Dusting.

Dirty Dusting tells the story of three cleaning ladies who are about to be ‘put out to pasture’ by their overzealous office manager, Dave. With little chance of finding new jobs, the ladies need to make ends meet. A chance wrong number requiring a sex chat line gives them a great idea…

Dirty Dusting is a heart-warming, laugh-out-loud, feel good comedy which will have you smiling every time you answer the phone!

The only show to be endorsed by the Cash family, The Johnny Cash Roadshow is not to be missed by die-hard fans and casual listeners.

Coming to St Helens Theatre Royal on 5th June, the Roadshow is the UK’s number one celebration of Johnny Cash fronted by award-winning singer/songwriter Clive John who recreates and captures the essence of a real Cash show. The show takes the audience from the 1950s right up to 2002 and features all the classic Cash songs.

For more details on events at St Helens Theatre Royal visit www.sthelenstheatreroyal.com or view the brochure at http://issuu.com/mattbea/docs/st_helens_theatre_brochure_issuu

The biggest names in jazz entertain at St George’s Hall