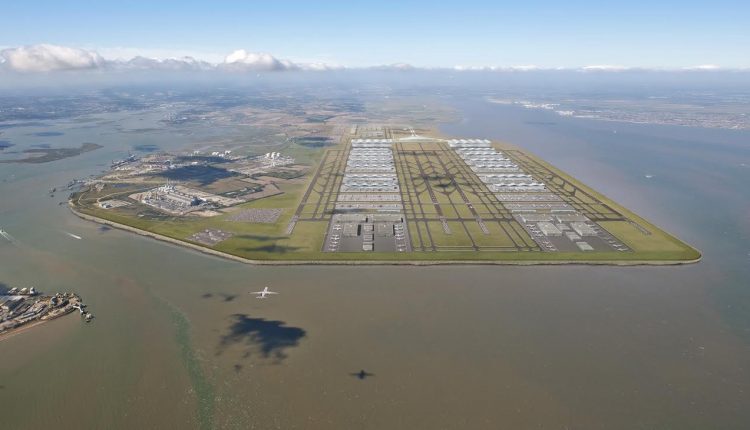 A new report by York Aviation and Oxford Economics published today (24 June) highlights how a decision on where to build new airport capacity in the south east is of paramount importance to the Liverpool City Region.

The report, Making Connections, was written by experts from York Aviation and Oxford Economics and commissioned by Transport for London. It demonstrates that a new four runway hub airport would provide five flights a day to Liverpool. The report comes as the Airports Commission, Chaired by Sir Howard Davies, is deciding which option for airport expansion in the south east, to recommend.

The new analysis suggests that even a third runway at Heathrow would not lead to a sustainable service to Liverpool being established. A third runway would fill up very quickly due to underlying demand and the pressure on airlines to use slots for the most profitable routes would mean Liverpool losing out again.

“There is no doubt that of all the options for expansion currently under consideration by the Airports Commission a new four-runway hub airport would provide the nations and regions with the best connectivity to the UK’s main international airport.

“This could include eight new regional routes and a more frequent service for cities that have a Heathrow connection currently. It might surprise some people that a third runway at Heathrow will do little to improve regional connectivity and not support any new routes due to commercial pressures on airlines.”

“Wirral Chamber of Commerce would support any campaign which would enable the greater connectivity for our region to access worldwide markets. In Wirral we have a number of major overseas owned companies such as Unilever and Bristol Myers-Squibb, together with hundreds of businesses who are involved in a wide range of international trade activities which are vital to our economy.

“If we could work towards creating opportunities to bring greater flight capacity into our regional hubs such as Liverpool John Lennon Airport, it would certainly have a positive impact for our industries and would greatly enhance the growth of economic prosperity for Wirral and the wider Liverpool City Region.”

Mark McManus is the managing director of green energy company Stiebel Eltron, a German owned company with UK headquarters in Merseyside. He said:

“I agree with this proposal and, in theory, can certainly see the benefits that a four-runway hub would bring to the region in terms of better connectivity. At present for me to fly to Hannover, I have one option per day with Flybe direct to Hannover from Manchester. Failing that I have to fly with Lufthansa or KLM and use their hubs of Frankfurt and Amsterdam respectively. Flights to and from Germany are pretty poor on the whole from the North West and the current lack of connectivity does not make it easy for business travellers flying to and from Europe or long-haul destinations.”